HP®, Inc. (HP®) acknowledges the unique missions of government by offering a comprehensive portfolio of services and solutions for Public Sector agencies and organizations.

Keeping the County Current: A Remote-Sensing and GIS Approach to Base Mapping

Loudoun County, Va., located within the Washington, D.C., metropolitan area, is approximately 520 square miles and has been one of the fastest-growing U.S. counties for the last decade. The county’s eastern portion is developing rapidly, while many western areas remain rural. This rapidly changing landscape and growing population have necessitated aggressive maintenance of the county’s base map, and aerial imagery is playing a major role.

Mexico is among the ambitious countries that committed to the Tier 3 requirements of the Reduce Emissions from Deforestation and Degradation (REDD+) international conservation mechanism. At all tiers, REDD+ involves estimating carbon stocks in forests as well as management practices that improve a forest’s carbon-carrying capacity.

State of the Industry Report: Five Years Forward: Where will we be in 2020?

The annual Earth Imaging Journal polling of its Editorial Advisory Board and industry experts typically asks the same overarching question to everyone. That’s possible when one dominant theme or trend becomes obvious, but Earth imaging is seeing a remarkable period of innovation and disruption, including the rise of unmanned aircraft systems, smallsats, phenomenal growth in the number of commercial imagery providers, cloud computing and Big Data analytics, and more.

Aviation safety is always at the forefront of airfield operations. The Federal Aviation Administration (FAA) and Department of Defense (DOD) have stringent criteria regarding location and classification of airfield obstructions, which is any feature that breaks a specified plane in relation to an airfield, including terrain, vegetation, buildings, electric poles and antennas.

Between 2005-2014, 179 Earth-observation (EO) satellites (> 50 kilograms) were launched by civil government and commercial entities from 36 countries. Supply is expected to go through significant expansion, resulting in the launch of 427 satellites from 2015-2024. This will translate to $38.8 billion in manufacturing revenue during this period.

The 3D Elevation Program (3DEP): Learn the Details and Goals of this Ambitious USGS Project 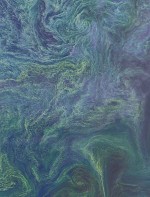 Multi-temporal Interferometric Synthetic Aperture Radar (InSAR) is a complementary technology that makes traditional monitoring more efficient. It can help monitor large areas and deliver the critical information that urban planners and engineers need to understand the state of urban infrastructure such as buildings, bridges, roads, airports and underground tunnels.

Do We Have Enough Parking? A Remote-Sensing Approach to Parking Inventory

Remotely sensed data provide a snapshot in time, and thus seem perfect for a task such as parking-capacity inventory. Until recently, however, remote-sensing systems suffered from shortcomings that made them ill-suited to the task: satellite imagery lacked sufficient spatial resolution, and aerial imagery was never cost effective for small areas.