February 2, 2016
The 3D Elevation Program (3DEP): Learn the Details and Goals of this Ambitious USGS Project 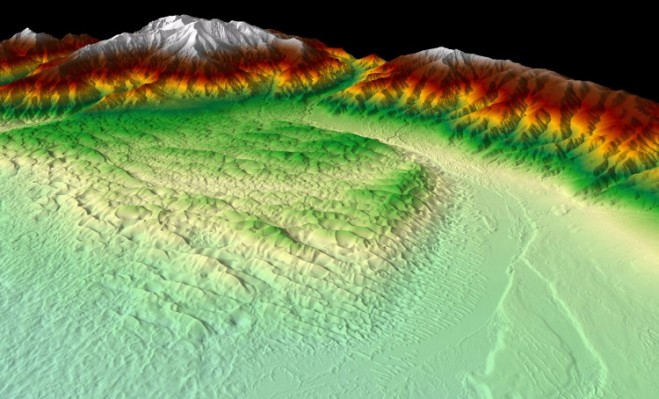 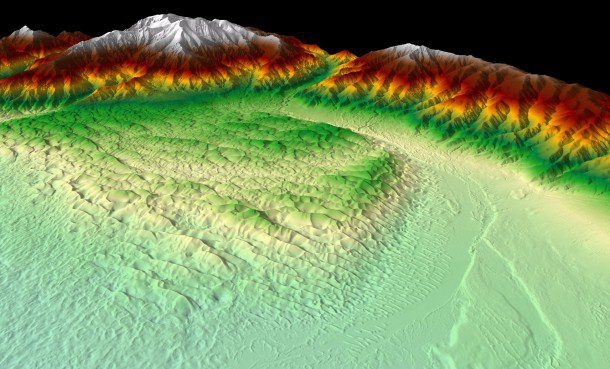 The primary goal of 3DEP is to systematically collect 3D elevation data during an eight-year period from 2016-2023 in the form of lidar data over the conterminous United States, Hawaii and the U.S. territories. Interferometric synthetic aperture radar (ifsar) data are being acquired for Alaska, where cloud cover and remote locations preclude the use of lidar in much of the state.

3DEP presents a unique opportunity for collaboration among all levels of government to leverage the services and expertise of private-sector mapping firms that acquire data as well as create jobs now and in the future.

3DEP is based on results of the National Enhanced Elevation Assessment (NEEA), which documented more than 600 business uses of lidar across 34 federal agencies, all 50 U.S. states, selected local-government and tribal offices, and private and nonprofit organizations. Based on the benefit-cost analysis in the NEEA, a fully funded and implemented 3DEP would conservatively provide new benefits of $690 million per year, with the potential to generate $13 billion per year in new benefits through applications that span the economy. To learn more about the NEEA, visit www.dewberry.com/services/geospatial/national-enhanced-elevation-assessment.

However, new elevation data are acquired using lidar and ifsar technologies to replace elevation data that are, on average, more than 30 years old. These newer data-acquisition technologies are more accurate and precise than the original elevation data, and any changes to the landscape are reflected in the new collections.

With 3DEP now in an operational state, the seamless bare-earth DEMs of the NED now are just one component in The National Map. Lidar and ifsar data are the primary sources of new elevation data for 3DEP and provide opportunities for measuring and mapping bare-earth surfaces as well as aboveground features.

Figure 2. A lidar point cloud was collected of St. Louis and its many structures. (Credit: USGS)

As a result, in addition to the traditional bare-earth DEMs (see Figure 1), USGS also provides source lidar point clouds (see Figure 2) or ifsar digital surface models (DSMs) (see Figure 3) and orthorectified intensity images (ORIs) (see Figure 4) over every area where data have been acquired for 3DEP and The National Map. In all, there are 10 elevation products, and nine products comprise data currently being collected for 3DEP. To learn more about the 10 current 3DEP products, please visit the web at nationalmap.gov/3DEP/3dep_prodserv.html.

To achieve the level of benefits estimated in the NEEA, 3DEP must improve the quality level (QL) at which data are acquired nationally. The minimum QLs for data acquired through 3DEP are QL2 lidar data for the lower 48 states, Hawaii and the U.S. territories; and QL5 ifsar data for Alaska (see the accompanying table). Elevation data-collection properties for 3DEP approximate those used in the NEEA study, which categorized elevation data source in five QLs. 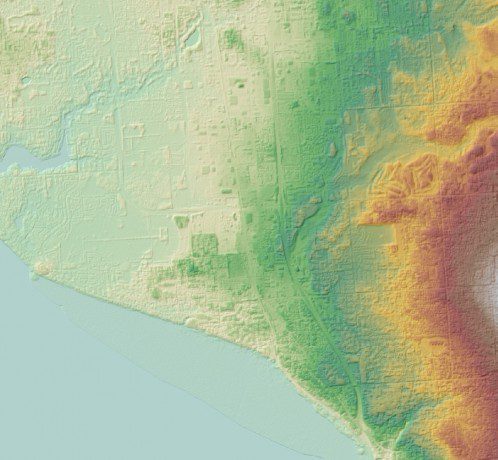 Figure 3. A five-meter ifsar DSM was acquired in Alaska, which is too large and complicated for complete lidar capture. (Credit: USGS)

The data sources in the table have been adjusted slightly to conform to American Society for Photogrammetry and Remote Sensing standards. The QL3 approximates the base-level specification for lidar data collected by the USGS from 2010 through fiscal-year (FY) 2013. The current base specification for collected lidar data version 1.2 reflects QL2 as the base level in accordance with the 3DEP recommendation. The QL nomenclature changed from its first use in the NEEA study and subsequent use in the USGS acquisition specification.

To achieve national coverage within the eight-year cycle, 3DEP must leverage existing relationships to establish a systematic and unified process for data-acquisition partnerships (see Figure 5). The USGS collaborated with federal, state and other partners to define the data-acquisition process with an initial implementation in FY 2015, and it will continue refining the process in subsequent years in accordance with increased stakeholder engagement, available funding and new technologies.

On July 18, 2014, the USGS issued a Broad Agency Announcement (BAA) that provided detailed information about this initial partnership opportunity with 3DEP. To ensure maximum awareness of the opportunity throughout the stakeholder community, the BAA was posted on websites announcing federal business opportunities, including Fed Biz Opps and Grants.gov. 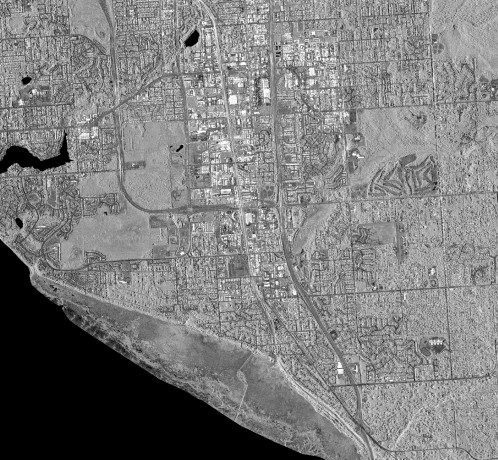 The preferred method of data acquisition for 3DEP is through the USGS Geospatial Product and Services Contract (GPSC). Firms under contract with the USGS as part of the GPSC have been selected based on their qualifications and performance in providing professional services. To ensure data quality and efficient development of standard products and services, the USGS encourages partners to use firms in the GPSC; however, the BAA allows offerors to request 3DEP funds toward acquisition projects using alternative contracting vehicles.

For continued access to reference and communication materials associated with current and future BAAs, the USGS established a reference site as part of the 3DEP Web presence (nationalmap.gov/3DEP/index.html). To support the increased data acquisition and processing required to meet 3DEP coverage goals, the GPSC was recompeted in FY 2015 to establish a new contract for five years and increase the delegated procurement authority from $250 million to $750 million, which will ensure contracting capacity to handle increased appropriations for 3DEP and other geospatial needs.

The annual BAA is a competitive solicitation issued to facilitate the collection of lidar and derived elevation data for 3DEP. Federal agencies, state and local governments, tribes, academic institutions and the private sector are eligible to submit proposals. The 3DEP public meetings introduce the data acquisition opportunity to a broad stakeholder community and provide a forum for interested parties to discuss elevation data collection needs of mutual interest that could be addressed by a coordinated investment.

On July 17, 2015, the USGS issued the FY15/FY16 BAA for 3DEP (nationalmap.gov/3DEP/BAAReferenceMaterials.html), which provides detailed information about partnering with the USGS and other federal agencies to acquire high-quality 3D elevation data. Applicants may contribute funds toward lidar data acquisition via the GPSC, or they may request 3DEP funds toward a data acquisition in which the requesting partner manages the contracting.

In response to environmental catastrophes, emergency funding has supported 3DEP data collections on the Atlantic Coast and in Colorado, and the USGS has redirected funds intended for other mapping activities to 3DEP. The Federal Emergency Management Agency and Natural Resources Conservation Service support the BAA formal process for issuing grants and acquiring 3D data.

Publicly available 3D elevation data enable a wide range of innovation in areas such as flood-risk management, resource management, alternative energy, agriculture and a host of other industries for years to come. The goal of 3DEP is to readily provide high-quality, precise and accurate 3D data to enable innovation in industry and public sector, benefiting economic vitality, human health and safety, and prosperity. 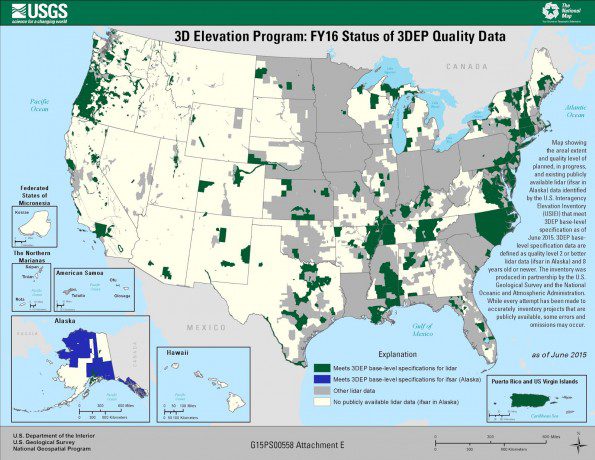 Lidar and ifsar data are freely available via The National Map viewer, and data may be downloaded to local systems. Web services and tools are available for viewing and analyzing the data online and using alternate applications. To see the various options, visit viewer.nationalmap.gov/launch. The USGS is migrating data to the cloud to improve data storage, access and use. After which, cloud storage and computing techniques for manipulating large datasets, including lidar and ifsar formats, will be more feasible.

Due to the high quality and application for many uses, the 3DEP effort has gained widespread support and incremental budget success. The first 3DEP-quality datasets were released to the public in late 2014. In addition, lidar, ifsar and DEMs acquired before 2014 are available for download and supported within the new 3DEP infrastructure within The National Map.

Other federal agencies and state organizations are routinely adopting the USGS data-acquisition specifications, which outline the minimum standards for 3DEP-quality data collection (access published standards at http://dx.doi.org/10.3133/tm11B4). The USGS continues to research methods to expand the suite of mapping products and services as well as increase overall throughput and data-management efficiency. Elevation data acquired by 3DEP partnerships are available through The National Map, representing one of the largest and most-comprehensive databases of publicly available elevation for the United States.