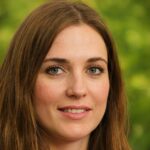 A Pivot Point for Space Accessibility

Space often is viewed as a high-tech futuristic dream available only to the world’s top-notch scientists. Online satellite maps, TV and GPS have snuck into common usage, but with the controlling powers being large companies or institutions. But we’re now at a tipping point for making recent and tasked satellite imagery accessible to everyone, and

Teaching in the geospatial intelligence (GEOINT) field provides the opportunity for discussion and debate regarding the elements of this discipline. In the course of discussions with students, educators and those in the profession, the question as to how GEOINT is different from other geospatial analytic activities is occasionally raised. It’s an important question to answer,

By Richard M. Medina, assistant professor, and George F. Hepner, professor, Department of Geography, University of Utah (www.geog.utah.edu), Salt Lake City. Today’s research environment is one in which basic research and understanding aren’t valued as much as engineering and tech-nology. Regarding geospatial intelligence (GEOINT), in many cases there’s more interest in capability-driven technologies rather than working

By George Demmy, chief technology officer, TerraGo Technologies (www.terragotech.com), Sterling, Va. Geospatial technology professionals built an industry on understanding the importance of data in a geographic context and facilitating decision-making by gathering and analyzing such data. The industry continues to grow because these professionals communicate results in ways that take some of the mystery out

By John R. Hughes, editor, Earth Imaging Journal, Denver. In late 2009, a $14.3 million allocation from the American Recovery and Reinvestment Act for new light detection and ranging (lidar) elevation data prompted the U.S. Geological Survey (USGS) National Geospatial Program (NGP) to develop a common base specification for all lidar data acquired for The