From Earth with Love

The Canadian Department of National Defence awarded a C$15 million contract to Space Flight Laboratory (SFL) at the University of Toronto Institute for Aerospace Studies (UTIAS) for development of multipurpose microsatellites to support Arctic surveillance. 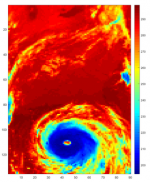 A series of new CubeSats now are in space, conducting a variety of scientific investigations and technology demonstrations, following launch on Dec. 16, 2018, of Rocket Lab’s first mission for NASA under a Venture Class Launch Services (VCLS) contract.

SkySats 14 and 15 were launched on Dec. 3, 2018, from Vandenberg Air Force Base on Spaceflight’s first Sun Synchronous dedicated rideshare mission aboard a SpaceX Falcon 9.

NSR’s Small Satellite Markets, 5thEdition forecasts the market to yield $37 billion in cumulative revenues from smallsat manufacturing and launch services by 2027, with 6,500 smallsats set to launch during this time.