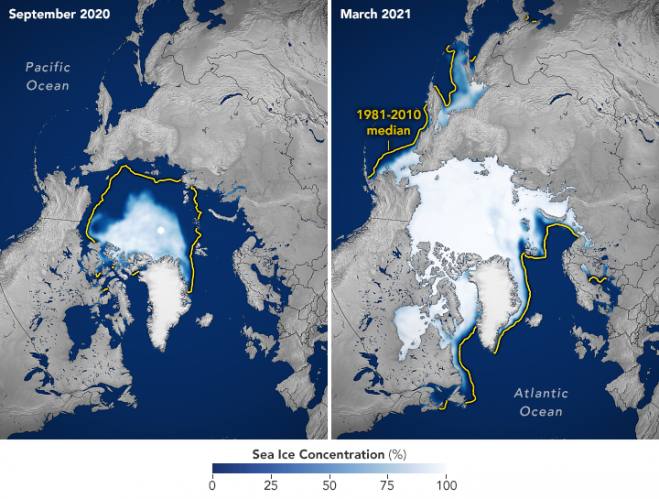 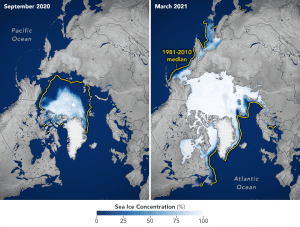 The amount of sea ice around Earth’s poles waxes and wanes with the seasons, melting through spring and summer and growing through fall and winter. In recent decades, there has been more waning than waxing, as polar sea ice has mostly been in a long-term decline since the start of the satellite record in the 1970s. The maps on this page represent the most recent snapshots of those annual highs and lows.

“The 2020-2021 Arctic data further confirm that the Arctic sea ice coverage is well below what it had been in the 1970s and 1980s,” said Claire Parkinson, a sea ice scientist at NASA’s Goddard Space Flight Center. “The 2020-2021 Antarctic data reveal an ice cover that has rebounded somewhat from its 2017 record low but is nowhere close to growing back to its much greater 2014 ice coverage.”

The maps above show the average Arctic sea ice extent for September 2020 (left) and March 2021 (right), the months in which the region reaches its annual minimum and maximum ice extents. Sea ice extent is defined as the total area in which the ice concentration is at least 15 percent.