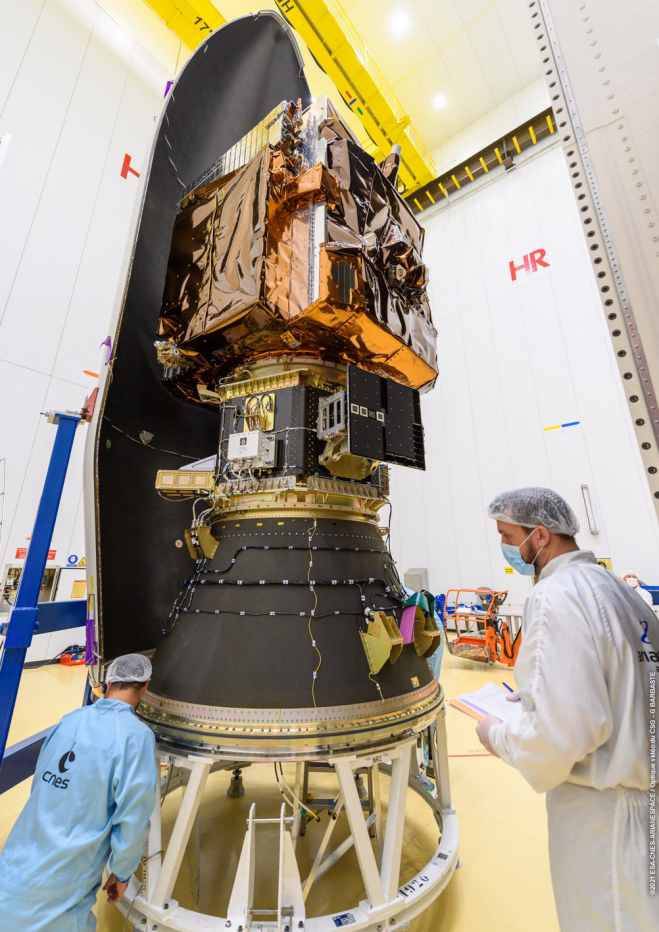 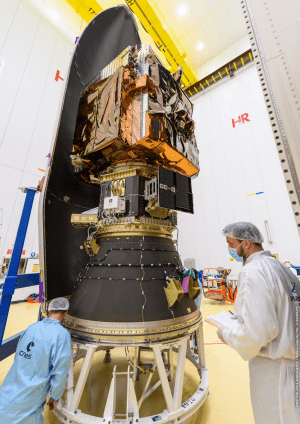 The Vega VV18 upper stage is being prepared for launch, with the NorSat-3 microsatellite visible, with flat solar panels, on the lower right. (Credit: Arianespace)

Combining a navigation radar detector and AIS receiver will potentially provide much better maritime awareness for the Norwegian Coastal Administration, Armed Forces and other maritime authorities. Detections of navigation radar from ships will provide the ability to verify the accuracy of received AIS messages and detect ships whose AIS messages have not been received.