May 14, 2021
Tracking Carbon from the Ocean Surface to the Twilight Zone 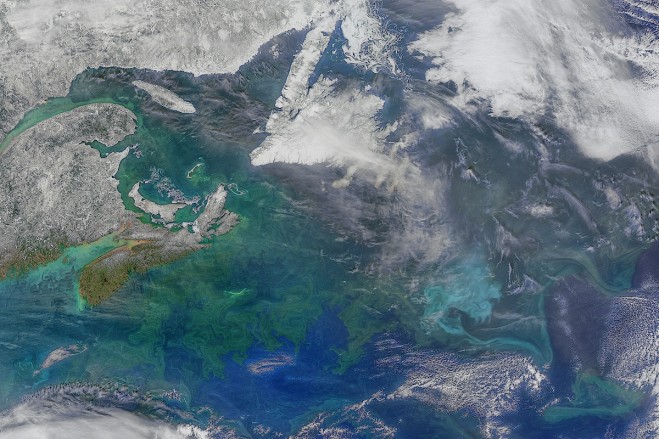 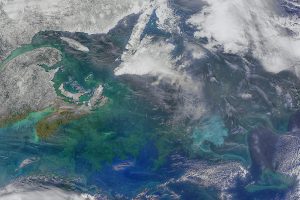 A seaward journey, supported by both NASA and the National Science Foundation, set sail in the northern Atlantic in early May 2021—the sequel to a complementary expedition, co-funded by NSF, that took place in the northern Pacific in 2018.

The 2021 deployment of NASA’s oceanographic field campaign, called Export Processes in the Ocean from Remote Sensing (EXPORTS), consists of 150 scientists and crew from more than 30 governmental, university and private non-governmental institutions. The team is spread across three oceanographic research vessels, who will meet in international waters west of Ireland over the underwater Porcupine Abyssal plain. Throughout the field campaign, scientists will be deploying a variety of instruments from aboard the three ships: the RRS James Cook and the RRS Discovery, operated by the National Oceanography Centre in Southampton, UK, plus a third vessel chartered by the Ocean Twilight Zone project of the Woods Hole Oceanographic Institution and operated by the Marine Technology Unit in Vigo, Spain. A total of 52 high-tech platforms, including several autonomous vehicles, will be taking measurements and continuously collecting data.

Much of the science focuses on the ocean’s role in the global carbon cycle. Through chemical and biological processes, the ocean removes as much carbon from the atmosphere as all plant life on land. Scientists hope to further explore the mechanisms of the ocean’s biological pump—the process by which carbon from the atmosphere and surface ocean is sequestered long-term in the deep ocean. This process involves microscopic plant-like organisms called phytoplankton, which undergo photosynthesis just like plants on land and can be seen from space by observing changes to the color of the ocean. Their productivity has a significant impact on Earth’s carbon cycle, which then in turn affects Earth’s climate.