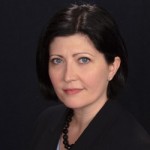 Predictive Strategies: The Next Generation of Emergency Alerts

Although the wall-map pincushion is certainly still employed in some locales, the standard for imaging, mapping and emergency management is now digital; although still often behind available advancements.

Defense Watch: Assessing the Role of Geospatial Intelligence in a Period of Rapid Climate Change

By Chris Crosiar, Office of Basic and Applied Research, National Geospatial-Intelligence Agency (www.nga.mil), Springfield, Va. In my experience as a research and development scientist at the National Geospatial-Intelligence Agency, I recall a time when the mention of climate change was so taboo, analysts could only reference “an environmental anomaly.” Times have changed. During the last

Industry Overview: Are You Poised for Opportunity?

When looking at all the coming changes to the geospatial technology tools and inputs that are emerging and immediately over the horizon, there’s a mixed feeling of excitement and trepidation. How will all of these new data-collection platforms, workflows and analytics impact the world of today’s practitioners as well as the vendor community?

By Richard M. Medina, assistant professor, and George F. Hepner, professor, Department of Geography, University of Utah (www.geog.utah.edu), Salt Lake City. Today’s research environment is one in which basic research and understanding aren’t valued as much as engineering and tech-nology. Regarding geospatial intelligence (GEOINT), in many cases there’s more interest in capability-driven technologies rather than working

There’s no doubt that geospatial datasets are a prime example of “big data.” Clearly, when the goal of the geospatial industry is to record Earth’s changes through mapping and geospatial products and services, a planet-sized dataset can’t be small. The fact that the world is constantly changing and there’s continual innovation in the sensors and

UAS Innovations: Using Drones for Good—Humanitarians in the Sky

By George Demmy, chief technology officer, TerraGo Technologies (www.terragotech.com), Sterling, Va. Geospatial technology professionals built an industry on understanding the importance of data in a geographic context and facilitating decision-making by gathering and analyzing such data. The industry continues to grow because these professionals communicate results in ways that take some of the mystery out

With the purchase of Earth Imaging Journal this past quarter, our V1 Media team has been enjoying the spark of energy that comes from a new endeavor. We hope you’ve enjoyed a subtle fresh spin on the coverage and have had a chance to explore some of the new ways you can consume our content.