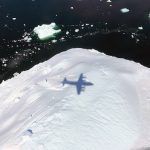 Space Flight Laboratory (SFL), a provider of complete microspace missions, will present papers on the successful GHGSat-D greenhouse gas monitoring and CanX-7 aircraft tracking nanosatellite missions next week in Berlin, Germany, at the 11th IAA Symposium on Small Satellites for Earth Observation. SFL, which is based at the University of Toronto Institute for Aerospace Studies

VANCOUVER, BRITISH COLUMBIA,  -- VANCOUVER, BRITISH COLUMBIA - Maxtech Ventures Inc. (cse:MVT)(cse:MVT.CN)(otc pink:MTEHF)(frankfurt:M1N) ("Maxtech" or the "Company") is pleased to announce that it has entered into an agreement with Auracle Geospatial Science ("Auracle") to conduct remote sensing and analysis programs on manganese targets in Brazil. Auracle will conduct remote sensing work utilizing their iterative process

WASHINGTON — Commercial remote sensing company Planet announced Feb. 3 it was acquiring rival Terra Bella from Google for an undisclosed sum, bringing together what the companies believe are complementary capabilities to image the Earth from space. Under the deal, rumored to be in the works since December, Planet will acquire Terra Bella’s business, including