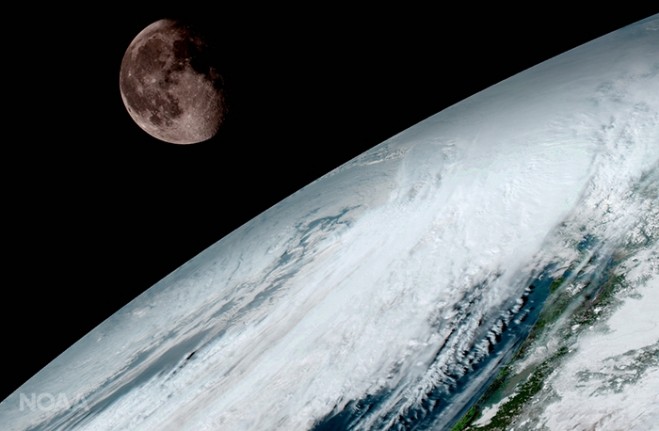 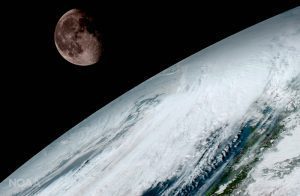 GOES-16 captured this view of the moon as it looked above Earth’s surface on Jan. 15, 2017. Like earlier GOES satellites, GOES-16 uses the moon for calibration. (Credit: NOAA/NASA)

NASA successfully launched GOES-R on Nov. 19, 2016, and it was renamed GOES-16 when it achieved orbit. GOES-16 is now observing the planet from an equatorial view approximately 22,300 miles above Earth’s surface.

The ABI can provide a full-disk image of Earth every 15 minutes, one of the continental United States every five minutes, and has the ability to target regional areas where severe weather, hurricanes, wildfires, volcanic eruptions or other high-impact environmental phenomena are occurring as often as every 30 seconds. The ABI covers Earth five times faster than the current-generation GOES imagers and has four times greater spatial resolution, allowing meteorologists to see smaller features of Earth’s atmosphere and weather systems.

“Seeing these first images from GOES-16 is a foundational moment for the team of scientists and engineers who worked to bring the satellite to launch and are now poised to explore new weather forecasting possibilities with this data and imagery,” said Stephen Volz, Ph.D., NOAA’s assistant administrator for Satellite and Information Services. “The incredibly sharp images are everything we hoped for based on our tests before launch.”