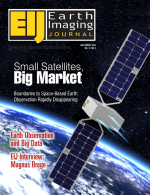 For what SmallSats lack in size, they more than make up for in quantity and breadth of coverage, and that goes beyond just their physical dimensions. Along with unmanned aerial systems (UASs or drones), SmallSats (which have several related subsets such as cubesats, nanosats, microsats and others) seem to dominate headlines and conversations in Earth-observation industries and... 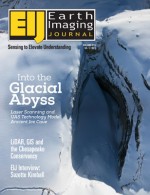 Working in difficult and frozen conditions 3,000 meters above sea level, with only a small time window due to changing weather and potentially melting surroundings, explorers, photographers and scientists used a laser scanner, an unmanned aerial system (UAS) vehicle and cameras to map out “The Abyss of Cenote,” one of the largest glacial caves in the Italian Dolomites. 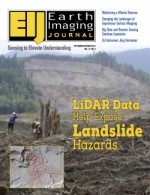 LiDAR data—if collected, analyzed and disseminated to local residents and policy makers—can be invaluable in mapping landslide hazards. In turn, such mapping can greatly help mitigate the consequences of landslides. After the Oso disaster, interest in landslide hazards grew significantly in Washington as well as Oregon, California and other mountainous states. 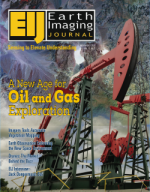