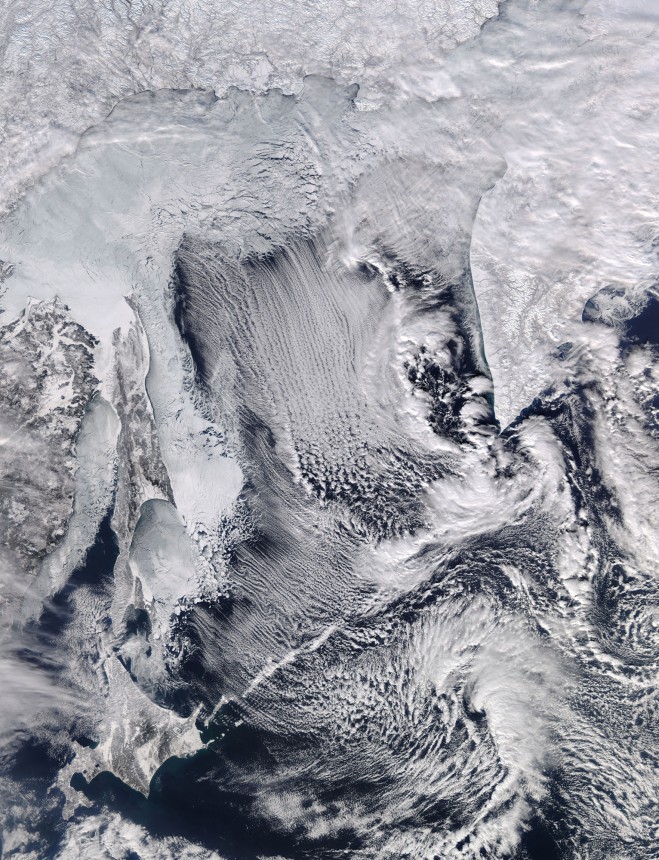 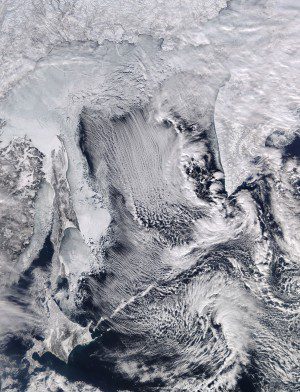 A NASA satellite captured a stunning image of winter’s effects on the Sea of Okhotsk, which is part of the western Pacific Ocean surrounded by mostly Russian territory as well as the Japanese island of Hokkaido. In winter, navigation on the Sea of Okhotsk becomes difficult, if not impossible, due to the formation of large ice floes, because the large amount of freshwater from the Amur River lowers the salinity, which raises the sea’s freezing point.

The Moderate Resolution Imaging Spectroradiometer (MODIS) instrument on NASA’s Aqua satellite captured an image showing cloud streets and sea ice in and above the sea. Cloud streets, particularly noticeable in the north, are long parallel bands of cumulus clouds that form when cold air blows over warmer waters, and a warmer air layer (temperature inversion) rests over the top of both.