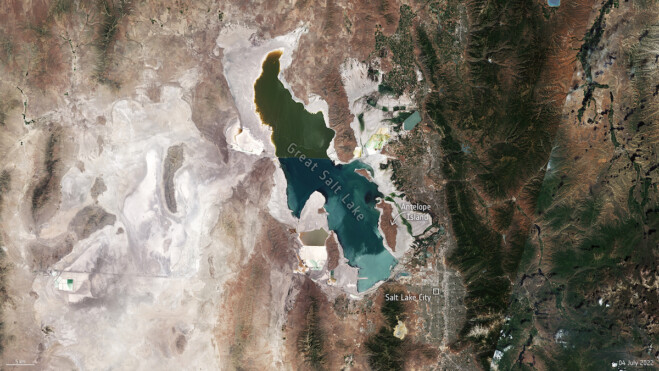 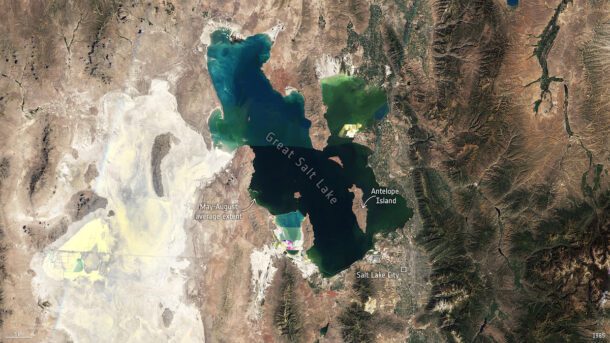 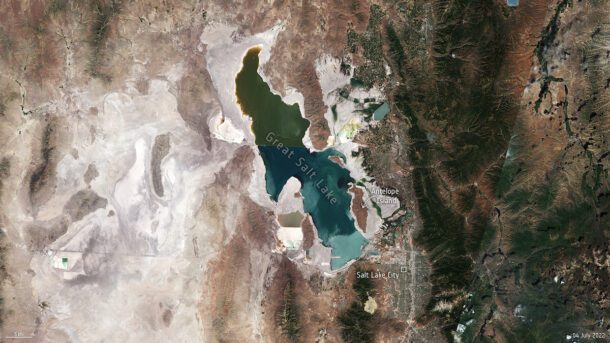 Utah’s Great Salt Lake dropped to its lowest recorded water level in July 2022 as a megadrought persists across the southwest, forcing the fast-growing city nearby to curb its water use. From space, satellite images show how water levels have fallen from 1985 to 2022, exposing large expanses of lakebed.

The image on the top was captured by US Landsat 5 satellite and shows the average extent of the lake from May-August 1985. Given the orbits didn’t cover the entire area of interest, an average of summer acquisitions with low cloud coverage lead to the processing of this image. The image on the bottom was captured by the Copernicus Sentinel-2 mission on July 4, 2022.