August 25, 2015
Typhoon Goni Covers Southern Half of Sea of Japan 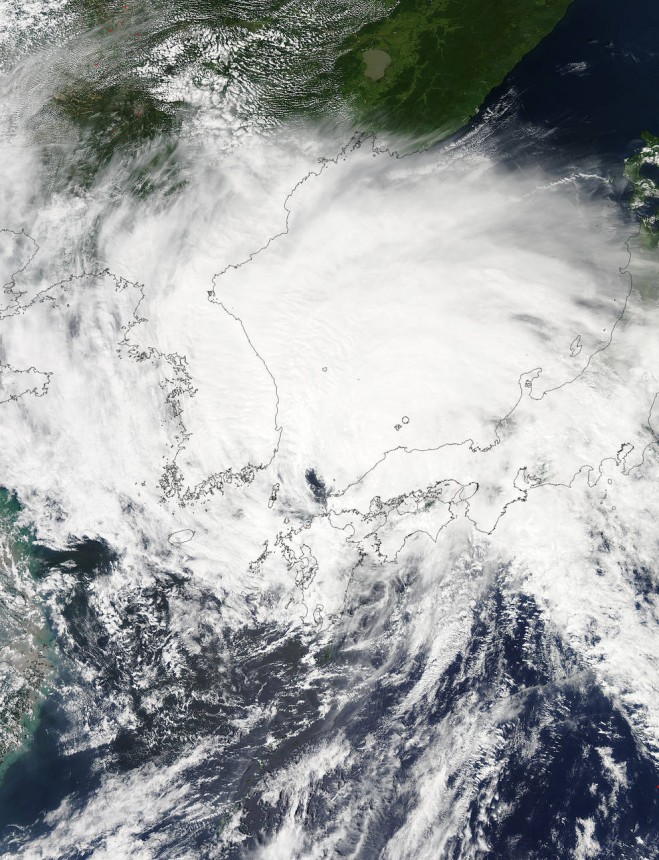 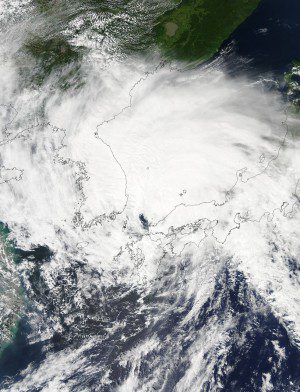 On Aug. 25, 2015, the Moderate Resolution Imaging Spectroradiometer (MODIS) instrument aboard NASA’s Aqua satellite captured a visible picture of Typhoon Goni after it moved out of the East China Sea and north into the Sea of Japan. The typhoon appeared weaker as there was no visible eye. The MODIS image also showed that the storm’s western quadrant was over North Korea and South Korea, while the eastern quadrant stretched over most of the big island of Japan.

The Joint Typhoon Warning Center (JTWC) noted that Goni will continue to weaken and become extra-tropical as it moves north. The JTWC forecast discussion said that environmental conditions are rapidly deteriorating as the system becomes embedded in the flow of mid-latitude westerly winds and runs into high (40-50 knot) vertical wind shear. In addition, sea-surface temperatures are near 26° Celsius (78.8° Fahrenheit), not warm enough to maintain a tropical cyclone.