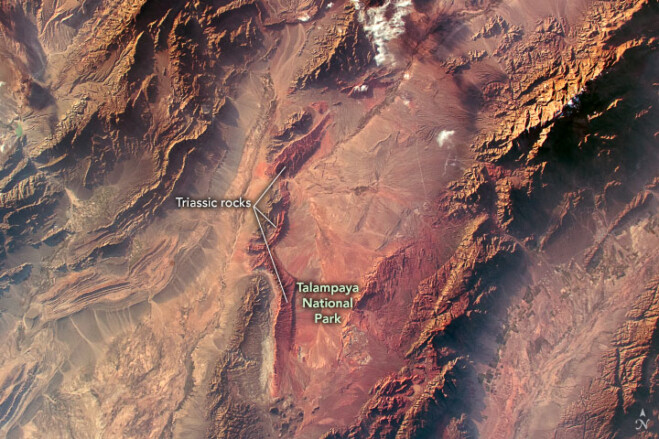 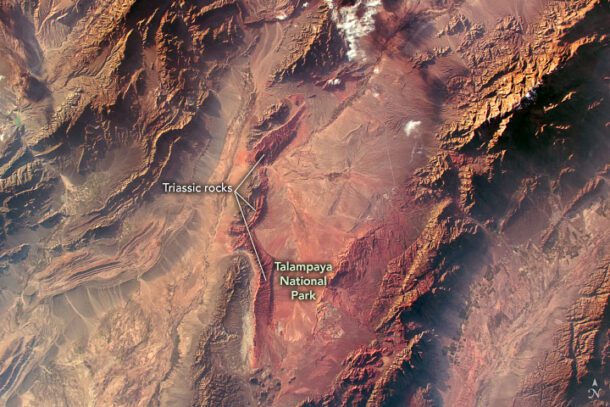 An astronaut onboard the International Space Station (ISS) took this photograph of Talampaya National Park in the La Rioja Province of Argentina. The high deserts of western Argentina lie in the rain shadow of the Andes mountains, which causes rain and snow to fall on the west side of the range and leads to a dry climate on the east side. Shadows cast to the east of the mountain peaks indicate that this photo was taken during the local late afternoon.

The photo is centered on the red sandstone cliffs of Talampaya National Park, which stand out from the generally muted colors of the landscape. Geologically, the region is mainly comprised of folded sedimentary rock layers that contain an abundance of fossils dating back to the Triassic Period (approximately 250 to 200 million years ago). The bounty of plant, mammal, and dinosaur fossils led to designation of Talampaya as a UNESCO World Heritage Site.