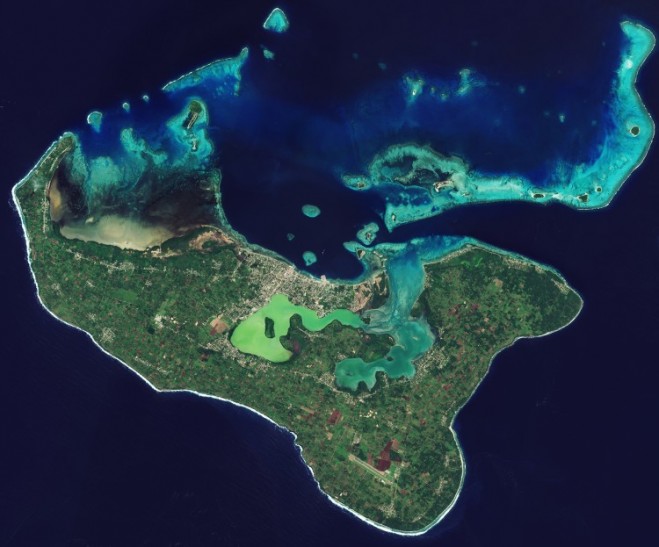 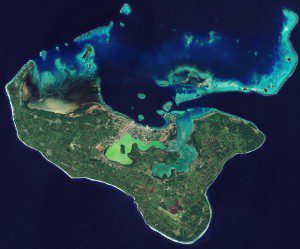 In May 2016, the ESA Sentinel-2A satellite captured this spectacular image of the island of Tongatapu and nearby smaller islands. (Credit: Contains modified Copernicus Sentinel data (2016), processed by ESA)

The Kingdom of Tonga in the southern Pacific Ocean has a population dispersed across 36 of its 169 islands, but about 70 percent of the people live on the main island captured in this image from the European Space Agency (ESA) Sentinel-2A satellite. The capital, Nukuʻalofa, sits on the island’s north coast and along the Fanga’uta Lagoon and its mangroves.

The island has fertile soil of volcanic ash from neighboring volcanoes, and local crops include sweet potato and cassava as well as coconuts, bananas and coffee beans.

North of the island are many coral reefs, and scientists are experimenting with Sentinel-2 to monitor corals and detect coral bleaching—a consequence of higher water temperatures.