July 18, 2016
Sundarbans Special from Many Viewpoints 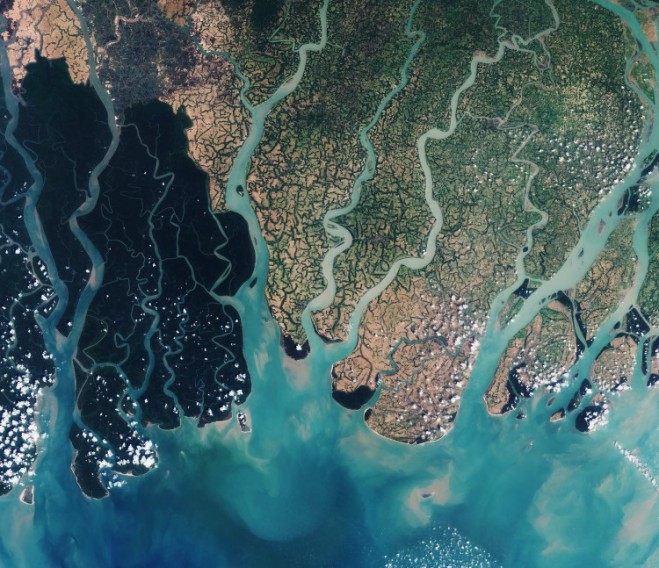 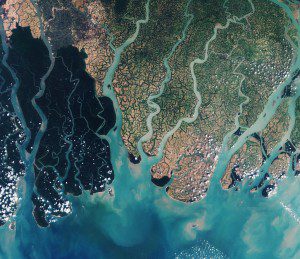 In this image captured by the European Space Agency (ESA) Sentinel-2A satellite, the Sundarbans appear in dark shades of green, while adjacent areas in brighter colors are densely populated and dominated by agriculture.

This area lies on the Bay of Bengal, the world’s largest bay. A number of large rivers, including the Ganges, its tributaries and various other rivers, all flow into its waters, forming the Ganges-Brahmaputra Delta.

The Sundarbans National Park, established in 1984 and a designated UNESCO World Heritage Site, is a core region within the Bengal Tiger Reserve. The almost-extinct Bengal tiger, the world’s second-largest tiger, is the national animal of Bangladesh.