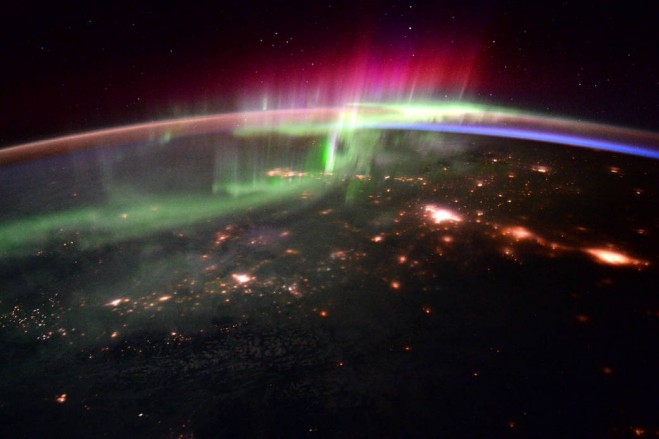 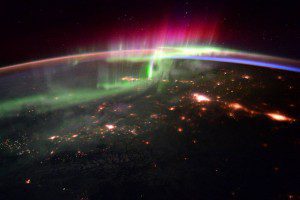 An especially bright and powerful aurora over the Pacific Northwest was captured by astronauts aboard the International Space Station on Jan. 20, 2016. The entire collection can be viewed here.

The lights of the aurora are caused by incoming energy and particles from the sun (solar wind) caused by coronal mass ejections that interfere with Earth’s magnetosphere. The resulting ionization and excitation of solar and terrestrial particles emits light of varying color and complexity.

Auroras also emit X-rays that are generated as incoming particles decelerate. These x-rays were captured by the European Space Agency (ESA) Integral space observatory in November 2015, creating the accompanying image.