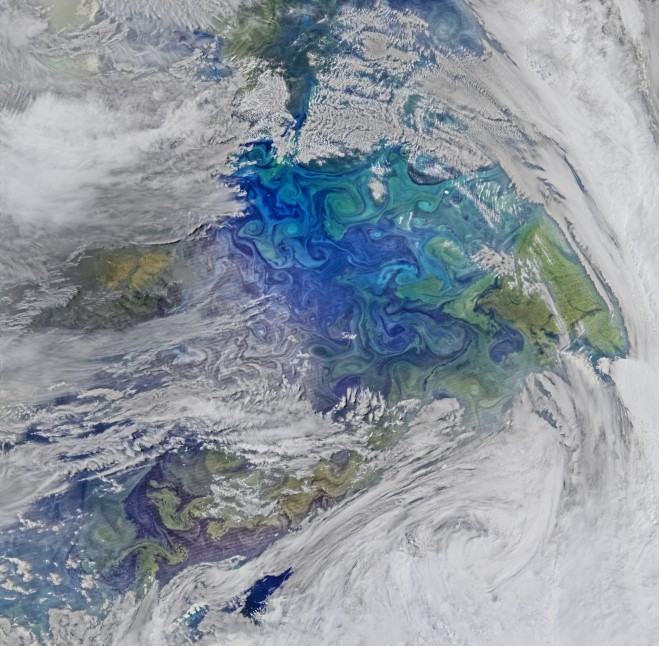 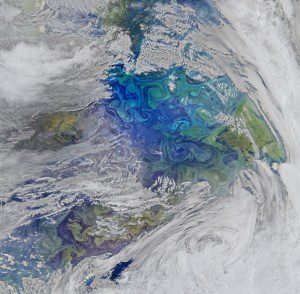 As a reminder that spring is relative depending on Earth’s hemisphere, phytoplankton blooms, which were especially troublesome in the northern hemisphere’s 2015 spring, have now been spotted via satellite in the southern hemisphere’s spring.

The bloom pictured was found between the Falkland Islands, an archipelago in the South Atlantic Ocean about 300 miles east of Argentina’s Patagonian coast, and the more-remote and further-east South Georgia Island. Both island chains are considered British overseas territories.