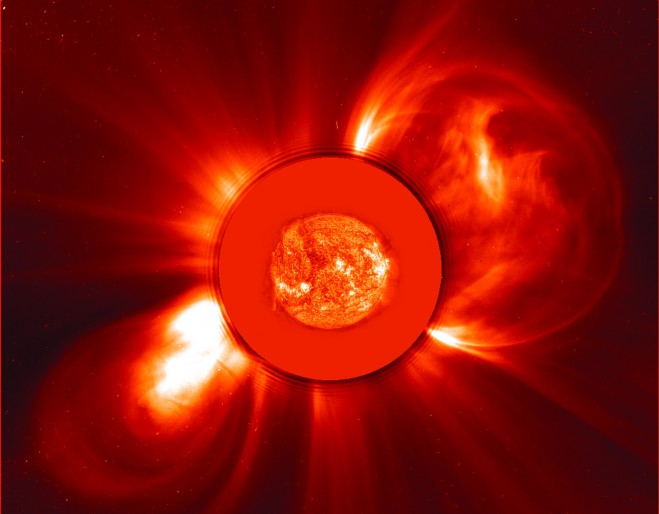 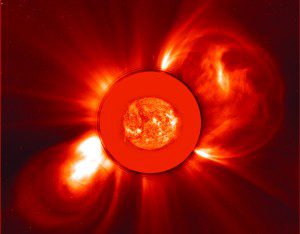 This “Best of SOHO” image by the observatory’s LASCO C2 coronograph from Nov. 8, 2000, shows what appears to be two coronal mass ejections heading in symmetrically opposite directions from the sun. (Credit: ESA/NASA/SOHO)

Originally launched in 1995 by the European Space Agency (ESA) and NASA to study the sun and its influence out to the edges of the solar system, the Solar and Heliospheric Observatory (SOHO) revolutionized heliophysics, providing the basis for nearly 5,000 scientific papers. SOHO discovered dynamic solar phenomena such as coronal waves, solar tsunamis and sun quakes, and found an unexpected role as the greatest comet hunter of all time—reaching 3,000 comet discoveries in September 2015.

The ability to connect the effects of geomagnetic storms—such as auroras, GPS and communication disturbances, and geomagnetically induced currents that can strain power grids—to events on the sun brought the idea of space weather into the mainstream.