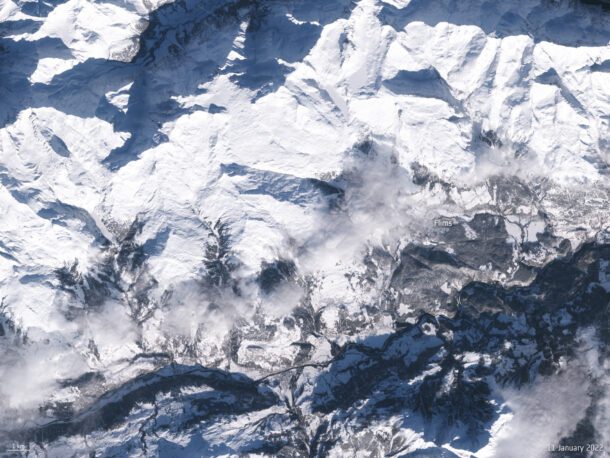 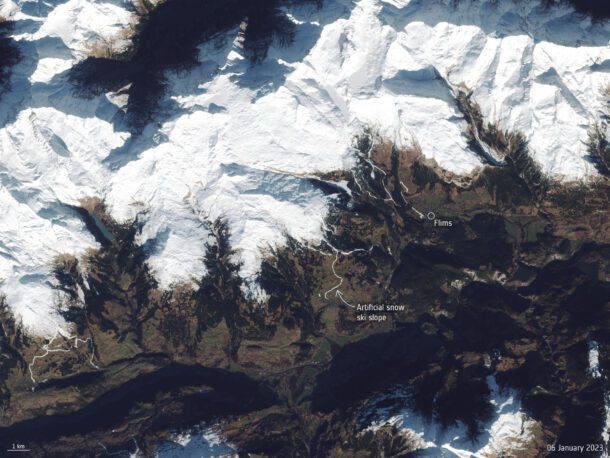 Europe has kicked off the new year with an intense winter heatwave. The warm temperatures and lack of snowfall in the Alps and the Pyrenees has left several ski resorts with little or no snow. The difference in snow cover is visible in these Copernicus Sentinel-2 images captured in January 2022 compared to January 2023 which shows the Flims, Laax and Falera ski resorts in Switzerland.

According to the World Meteorological Organization, a high-pressure zone over the Mediterranean region and an Atlantic low-pressure system induced a strong southwest flux that brought warm air from northwest Africa to the middle latitudes. The air was further warmed when passing the North Atlantic owing to higher-than-normal sea surface temperatures.

All this caused record-breaking heat on New Year’s Eve and New Year’s Day with temperatures above 20°C observed in many European countries. The unexpectedly warm weather comes after excruciatingly hot weather in 2022 which saw the hottest summer on record for Europe, according to the latest Copernicus Climate Change Report published a few days ago.

In the 2023 satellite image, snow is more likely to be found on the peaks above 2000 meters, while the ski slopes under this altitude have had to rely on artificial snow this season. Artificial ski slopes can be seen as thin, white strips in the bottom of the 2023 image.