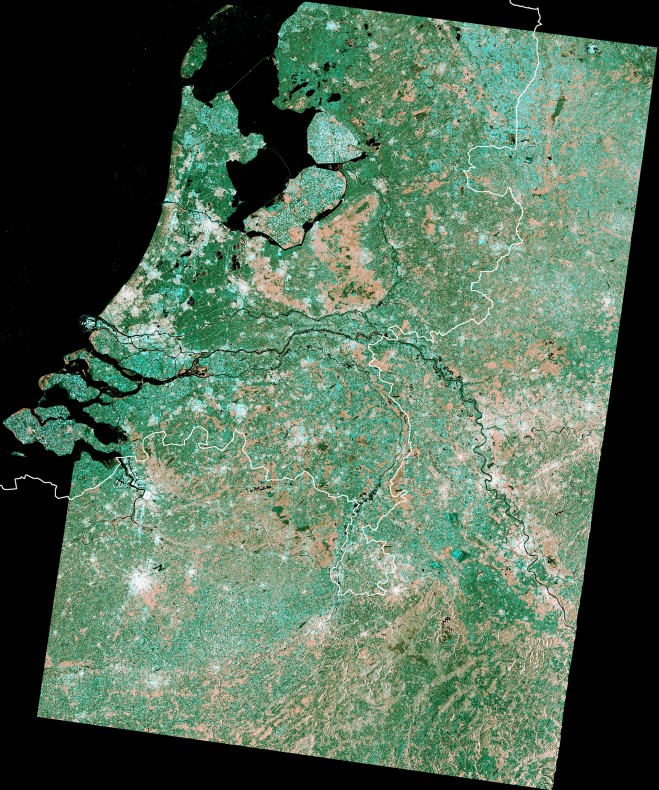 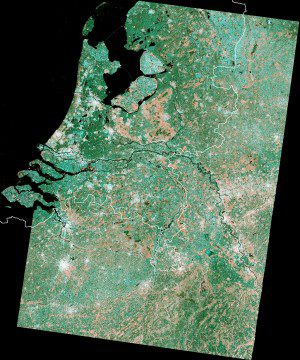 This image is a mosaic based on Sentinel-1A satellite coverage of The Netherlands in three scans during March 2015. (Credit: Copernicus Sentinel data (2015)/ESA)

Bordered by the North Sea to the north and west, Germany to the east, and Belgium to the south, The Netherlands has a population of 17 million. With more than 400 people per square kilometer, it’s one of the most-densely populated countries in the world.

Following the North Sea flood of 1953, which killed almost 2,000 and caused widespread damage, the country has been rebuilt with dikes and protective dams, which are visible in the image.

On the bottom-left corner is a river delta formed by the confluence of the Rhine, Meuse and Scheldt rivers. Rotterdam, Europe’s largest harbour, is visible at the northern edge, with ships waiting to enter the port.