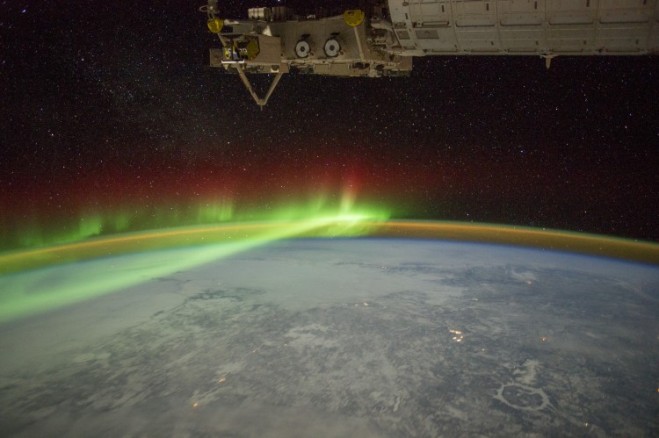 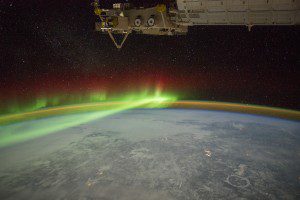 An astronaut photo captured the green veils and curtains of an aurora that spanned thousands of kilometers over Quebec, Canada. (Credit: NASA)

The aurora borealis (northern lights) glows when charged particles from the magnetosphere (the magnetic space around Earth) are accelerated by storms from the sun and collide with atoms in the atmosphere. Green and red colors are caused by the release of photons by oxygen atoms. The fainter arc of light that parallels the horizon is known as airglow, another manifestation of the interaction of the Earth’s atmosphere with radiation from the sun.

City lights also reveal small human settlements such as Labrador City and the Royal Canadian Air Force base at Goose Bay on the Labrador Sea.