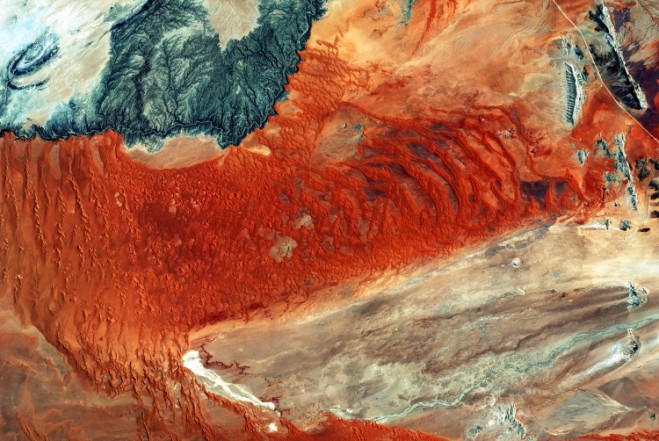 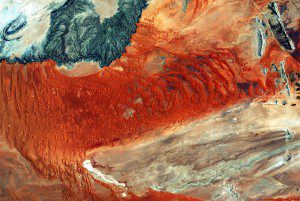 A typical west coast desert, moisture enters as fog, from the Atlantic Ocean, rather than receiving actual rainfall. The fog enables life in this arid region for snakes, geckos and insects such as the fogstand beetle, which survives by collecting fog moisture on its bumpy back, as well as hyenas, gemsboks and jackals.

Winds carrying the fog also create the sand dunes, whose age is rendered by the burnt-orange color as a result of the sand being oxidized. Also visible along the top-left part of the image is the Kuiseb River bordered on one side by some of the tallest sand dunes in the world and on the other by barren rock. The river blocks the movement of the dunes, which are blown northward by the winds.