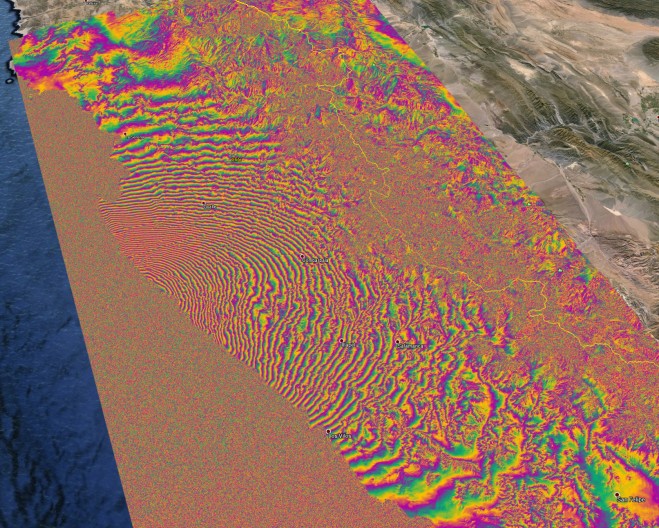 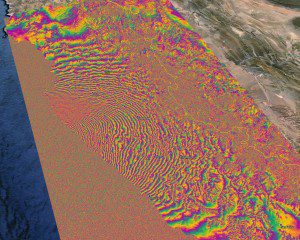 By combining “before and after” Sentinel-1A satellite radar scans, the rainbow-colored patterns show how the surface of Chile shifted as a result of a September earthquake. (Credit: Contains modified Copernicus Sentinel data (2015)/ESA SEOM INSARAP study PPO.labs/NORUT)

On Sept. 16, 2015, an 8.3-magnitude earthquake struck the coast of central Chile, triggering tsunami warnings and coastal evacuations. Lasting three minutes, the powerful earthquake occurred along the boundary of the Nazca and South American tectonic plates.

An interferogram was created by combining Sentinel-1A radar scans from Aug. 24, 2015, and Sept. 17, 2015, to show how the surface shifted as a result of the quake. It’s estimated that the earthquake caused a displacement of 1.4 meters along the viewing direction of the radar observation. In addition, a 0.5-meter horizontal movement is estimated along the satellite’s flight direction.