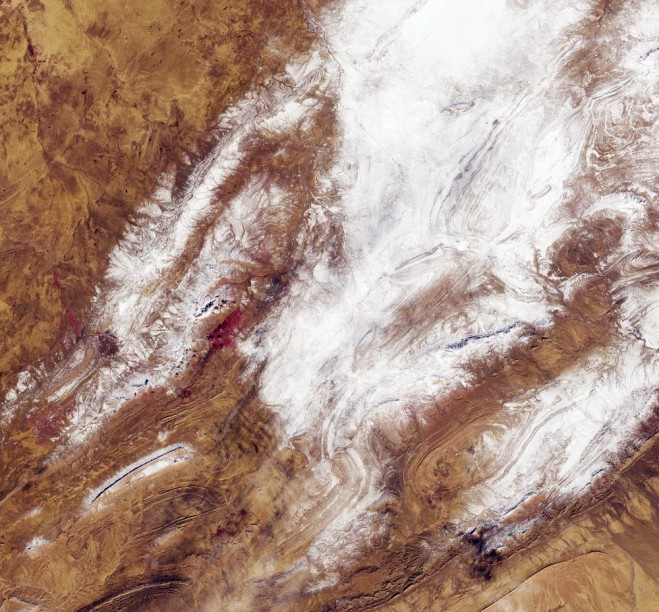 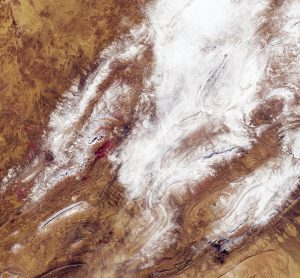 The snow was reported to be up to 40 centimeters thick in some places. Although temperatures plummet during the night, snowfall is very unusual in the Sahara because the air is so dry. Most of the snow melted by the end of the next day, but Sentinel-2A happened to be in the right place at the right time to record this rare event from space.

The image is dominated by orange-brown dunes and mountains dusted with snow, but the town of El Baydah can be seen towards the bottom left. To the east of El Baydah, a cultivated forest is visible as a red rectangle. The image, which has been processed to display vegetation in red, shows that there is very little flora in the region.