May 16, 2016
Operation IceBridge Image of Greenland 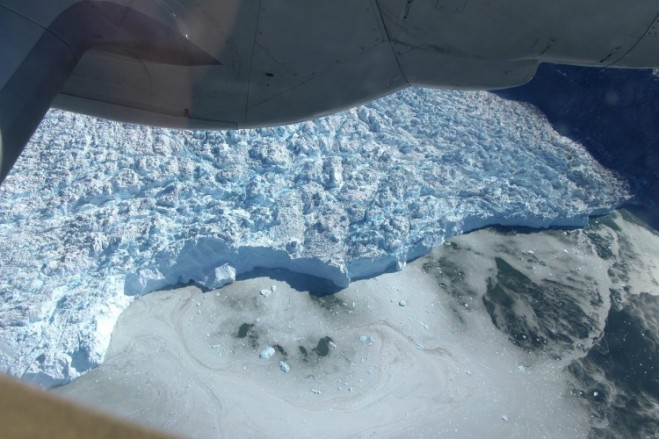 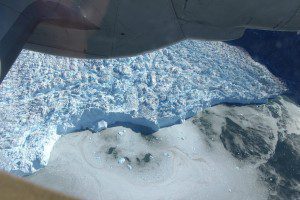 A top-down view from a NOAA P-3 aircraft shows the calving front of the Sermeq Kujatdleq glacier. The aircraft's lower engine nacelle and left main landing gear fairing is in the foreground at the top. (Credit: NASA/John Sonntag)

Operation IceBridge has gathered large volumes of data on changes in the elevation of the ice sheet and its internal structure. For example, measurements revealed a 460-mile-long canyon hiding under a mile of ice and mapped the extent of a vast liquid water aquifer beneath the snow in southern Greenland.

IceBridge’s readings of the thickness of sea ice and its snow cover have helped scientists improve forecasts for the summer melt season and enhanced the understanding of variations in ice thickness distribution from year to year.