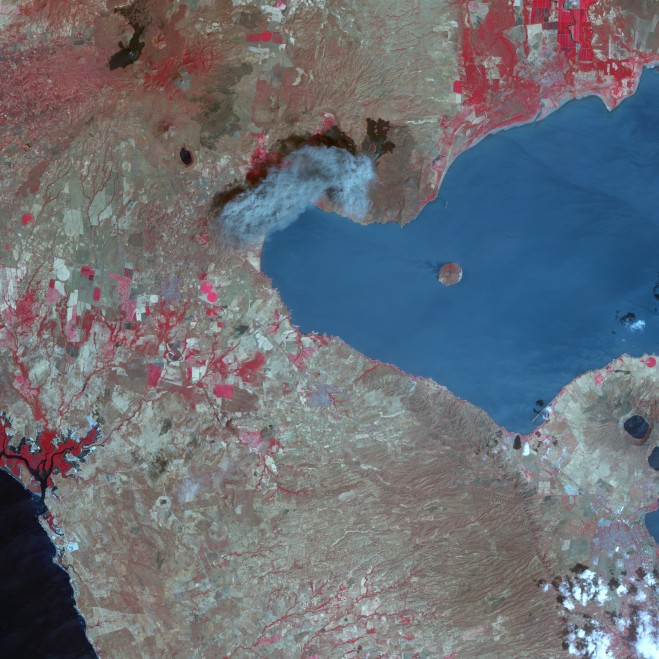 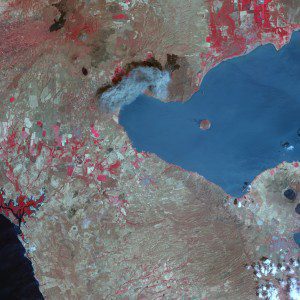 After more than 100 years of dormancy, Nicaragua’s Momotombo volcano has erupted more than 80 times in the last three months. Momotombo rises from a chain of 19 active volcanos that run northwest to southeast in western Nicaragua, one of the most volcanically and seismically active areas on Earth.

“The lava flow extending down and off the northeast flank is still steaming,” said Chuck Connor, a geologist at University of South Florida who was conducting field research at the volcano when the eruption started. “This lava flow is light gray compared to the older, 1905 lava flows that had much greater volume.”

Connor’s team is using radar to map the new lava flow and changes in the volcano’s shape due to intrusion of new magma into the cone-shaped structure. According to Connor, the structure of the lava flows and other deposits “provide invaluable information about how such features formed on other planets like Mars.”