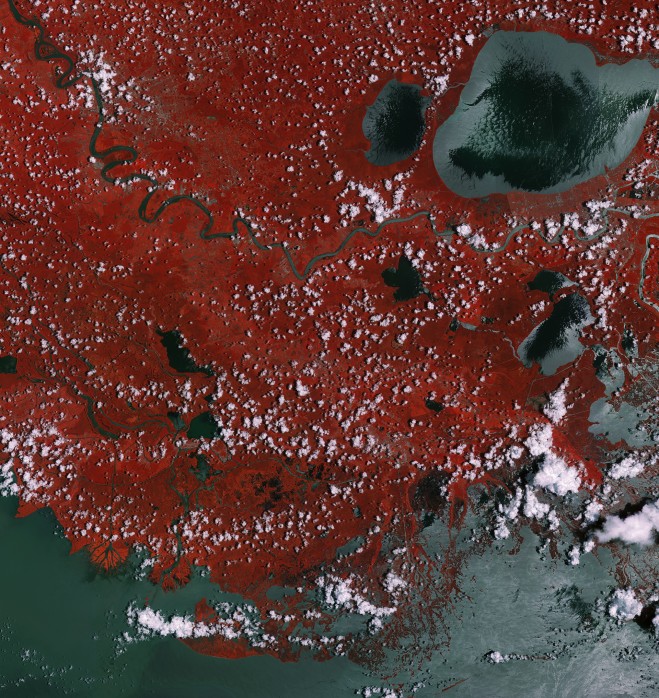 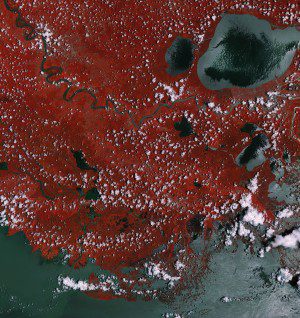 This image of the Mississippi River and surrounding areas of Louisiana was captured on July 15, 2015, by the Sentinel-2A multispectral camera, which provides imagery of vegetation, soil and water cover, inland waterways, and coastal areas. (Credit: Copernicus Sentinel (2015)/ESA)

The image shows typical French-style fields, with rows of sugarcane, around the Louisiana towns of Lucy, Edgard and Wallace. On the east bank of the Mississippi lie additional Louisiana towns of LaPlace, Reserve, Lions, Garyville and Mount Airy, each with industries along the river, including a chemical plant, sugar refinery, grain elevators and an oil refinery.

Toward the upper-left part of the image, under the clouds, lies Baton Rouge, the capital of Louisiana and its second-largest city. The port of Baton Rouge is the ninth largest in the United States in terms of tonnage shipped.