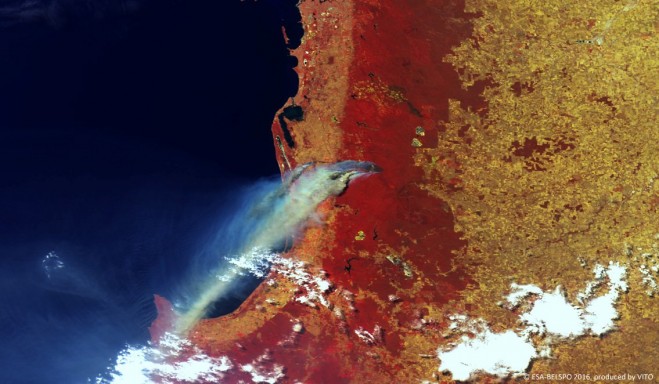 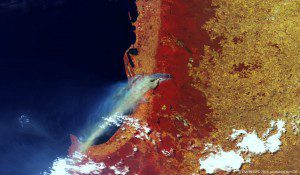 Bushfires are frequent events during the long, dry Australian summer. In this fire, several hundred houses and an area exceeding 700 square kilometers have burned. Bushfires in the area are responsible for two deaths so far in 2016.

Particularly hard hit was the town of Yarloop, which lost factories, a fire station, part of a local school and the heritage-listed Yarloop Timber Mill Workshops, which had been the most-intact example of a historical railway workshop in Australia.

Launched in May 2013, the Proba-V minisatellite maps land cover and vegetation growth across the planet every two days. Its main camera’s 2,250-kilometer swath width collects light in blue, red, near-infrared and mid-infrared wavebands at 300-meter resolution and down to 100-meter resolution in its central field of view.