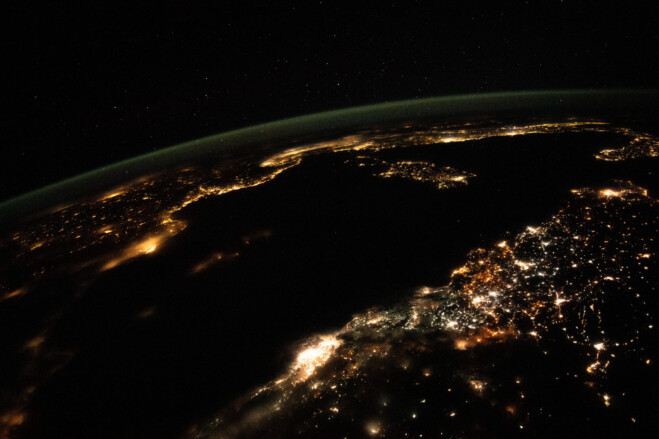 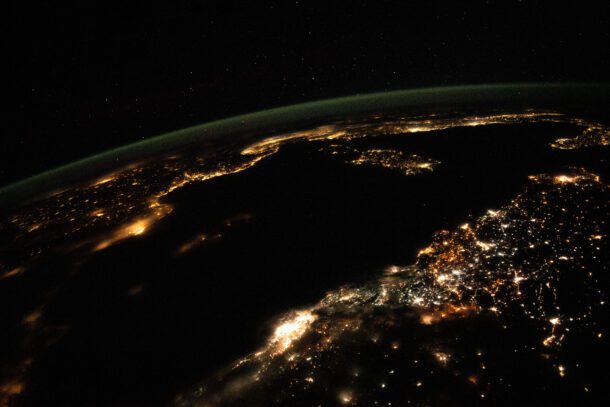 This nighttime photograph from the International Space Station (ISS) as it orbited 261 miles above Earth looks across the Mediterranean Sea from north Africa to southern Europe. The city lights of Algiers, Algeria to Tunis, Tunisia, highlight Africa’s northern coast from the bottom center toward the upper right. From far left, the lights of city-state Monaco to Naples, Italy define the shores of southern Europe. The French island of Corsica and the Italian island of Sardinia are also pictured.