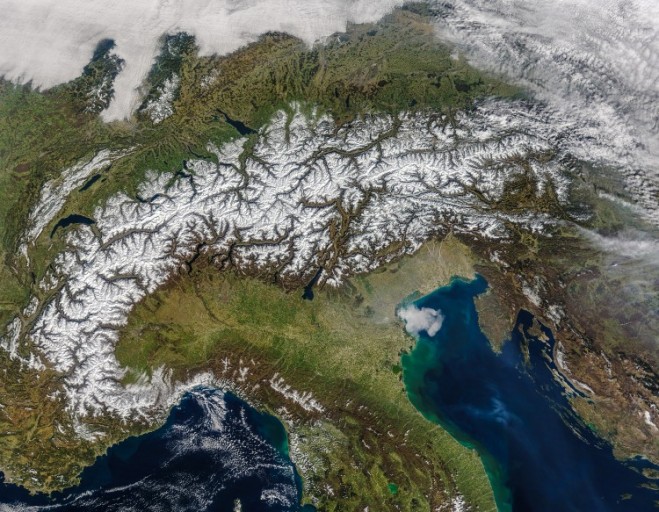 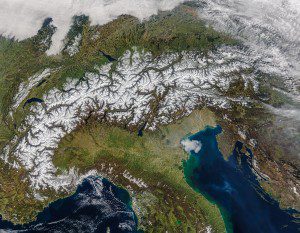 The European Alps stretch 1,200 kilometers (750 miles) across eight countries, and it’s the longest mountain chain situated entirely within Europe. The Alps include more than 100 peaks higher than 4,000 meters (13,000 feet), and this image from NASA’s Moderate Resolution Imaging Spectroradiometer (MODIS) on its Terra satellite beautifully captures a recent snowfall across the region.

This winter season, as well as 2014-2015, fit with the long-term trend in the European Alps. For much of the 20th century, snow cover increased slightly or held steady. But in the 1980s and 1990s, average winter snow cover started to decrease, and winter rainfall increased at lower altitudes. That trend continued in the 21st century. Although the average area covered by snow in any given winter has not changed much, the depth and duration of snow cover has decreased, particularly in the southeastern and southwestern mountains and in areas below 2,000 meters.