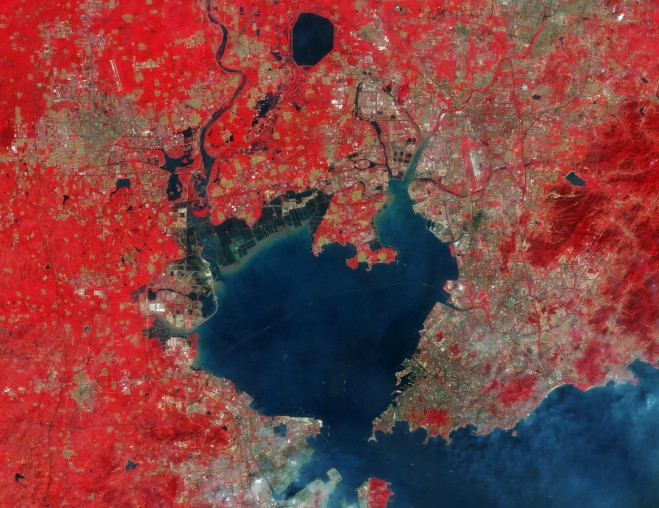 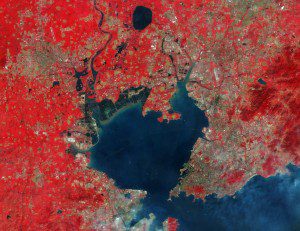 Sentinel-2A, which has been in orbit since June 2015, captured this false-color image of Qingdao, China. Boats can be seen entering and exiting the bay, which is crossed by the world’s longest bridge over water: the 42-kilometer-long Jiaozhou Bay Bridge. (Credit: Copernicus Sentinel data (2015)/ESA)

Qingdao, China, in eastern Shandong province is a major cultural center as well as one of China’s main hubs for marine science and technology.

In this image, various aquacultures are visible along the coast of the bay, including the farming of fish, crustaceans, mollusks and aquatic plants. Toward the top of the image is the Jihongtan Reservoir, which is right of the Dagu River. Owing to image processing, vegetation appears in reds scattered throughout the scene, showing how fertile and lush the region is.