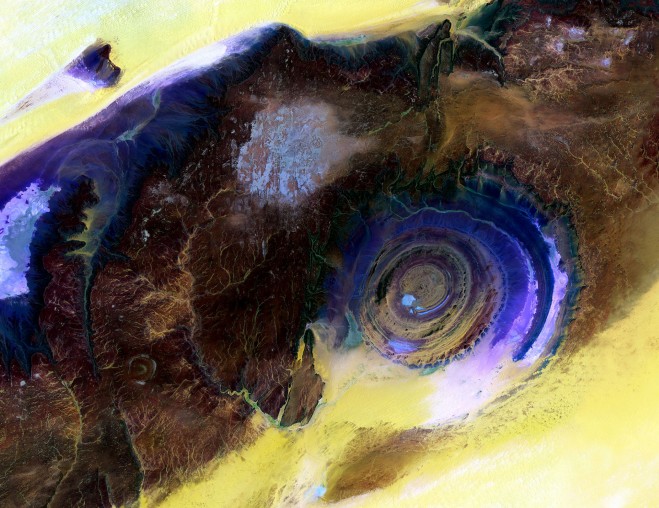 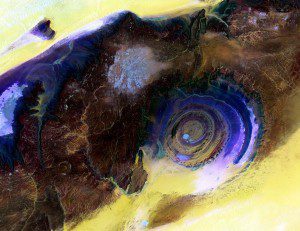 The Eye of the Sahara image is a mosaic of four different Landsat 8 scenes that show the geologic feature in false color. By blending visible and infrared wavelengths (bands), scientists can enhance the visibility of the various rock layers in contrast to the surrounding sand (yellow to white).

Located near the western edge of the Sahara Desert, the Eye of the Sahara is a feature that resembles a large eye when viewed from space. Also known as the Richat Structure or Guelb er Richat, the Eye is a symmetrical dome of eroded sedimentary and volcanic rock.

The outermost rings measure approximately 40 kilometers (25 miles) across. Persistent northeasterly winds keep much of the dome free from sand, exposing the various layers of rock. The circular feature was initially interpreted to be an asteroid impact structure, but most scientists have now concluded that it was caused by geologic uplift.