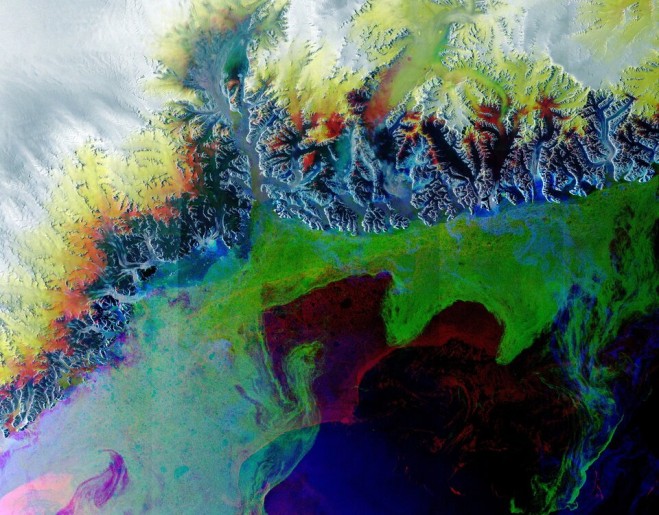 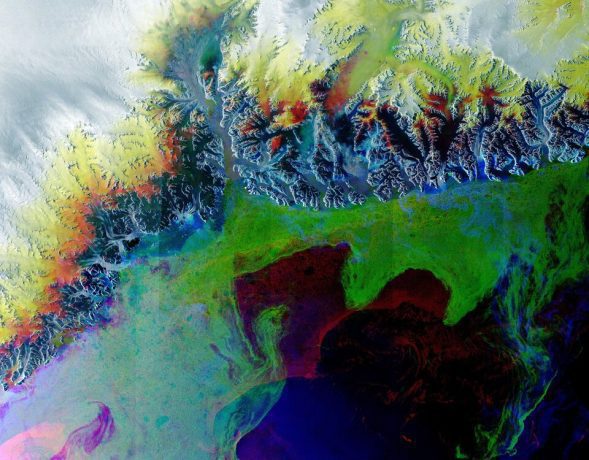 This Sentinel-1 radar image combines three separate acquisitions during the summer of 2021 and shows visible changes on the ground and sea surface between three acquisition dates: June 4, June 16 and June 28. The array of colors represents the seasonal retreat of ice during this time.

Research using satellite imagery suggests that since 2017, Kangerlussuaq has entered a new phase of rapid retreat and acceleration, and its ice front is now at its most-retreated position since the early 20th century.