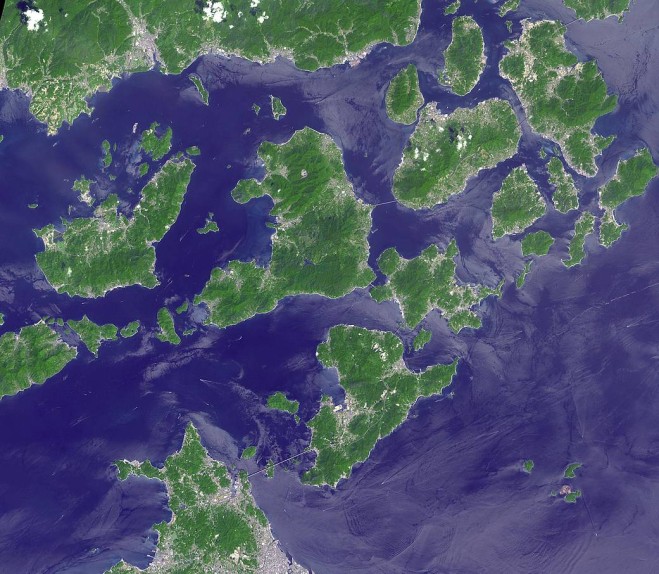 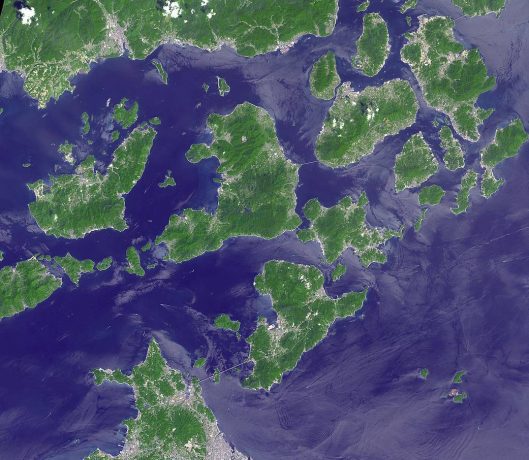 Japan’s Geiyo Archipelago, in the Seito Inland Sea, was once home to pirates. From the 9th to the 16th centuries, the pirates dominated the Inland Sea and terrorized the coasts of East Asia. Until the Shimanami Kaido (Inland Wave Sea Road) was completed in 1999, the Geiyo Islands were a remote region, accessible only by boat.

This ASTER image was acquired Aug. 19, 2010. With its 14 spectral bands from the visible to the thermal infrared wavelength region and its high spatial resolution of about 50 to 300 feet (15 to 90 meters), ASTER images Earth to map and monitor the changing surface of our planet. ASTER is one of five Earth-observing instruments launched Dec. 18, 1999, on Terra. The instrument was built by Japan’s Ministry of Economy, Trade, and Industry. A joint U.S./Japan science team is responsible for validation and calibration of the instrument and data products.