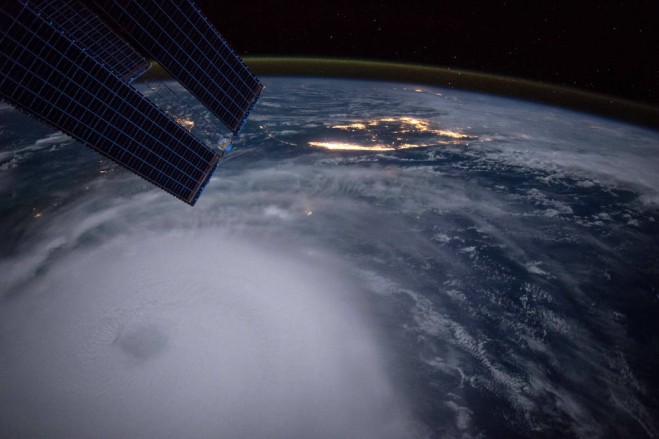 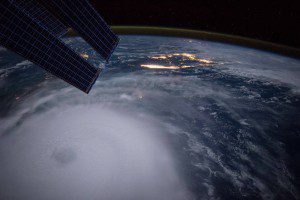 Hurricane Joaquin, the strongest Atlantic hurricane of the 2015 season, is shown in this photograph taken by NASA Astronaut Scott Kelly on Oct. 2, 2015, from the International Space Station. The hurricane’s winds peaked at 155 miles per hour as it moved away from the Bahamas, and as of Oct. 6, 2015, was proceeding northeast toward Europe, with winds decreasing to 80 miles per hour.
Hardest-hit areas were the Bahamas and Bermuda, but heavy rains and floodwaters inundated much of the U.S. Atlantic coast, including record rainfall in the Carolinas. There have been at least five weather-related deaths in the United States, and a cargo ship and its 33 crew have gone missing.