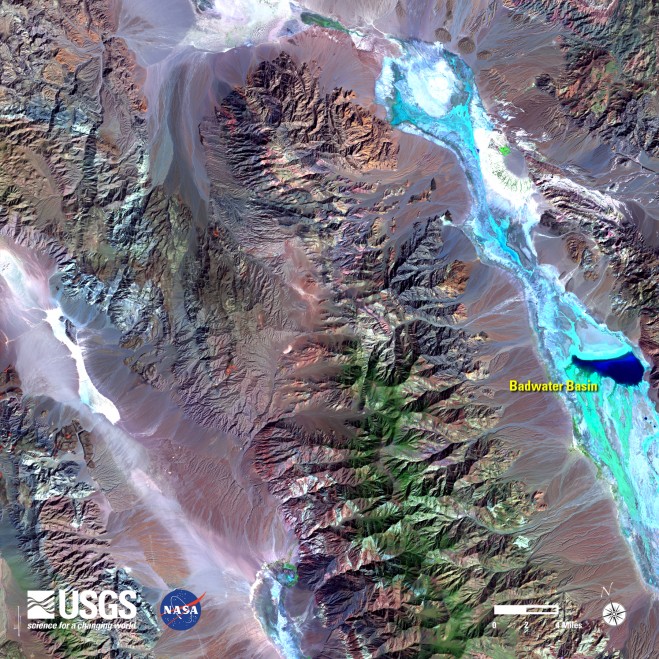 A false-color Landsat 8 image highlights hydrogeology in Death Valley after a major flooding event; the areas in green to blue are locations with moisture content. Especially striking is the Badwater Basin, normally a dry lakebed, which became full of water. (Credit: USGS/NASA)

In October 2015, a system of storms caused significant flooding in most of California’s Death Valley National Park. Flash floods from the storm destroyed roads and utilities, and damaged several historical structures.

In particular, a flash flood of water and mud caused extensive damage to Scotty’s Castle, an ornate mansion built in the 1930s and one of the most popular landmarks in Death Valley National Park. The Oct. 18 storm dumped 2.7 inches of rain, more than the region typically gets in a year.