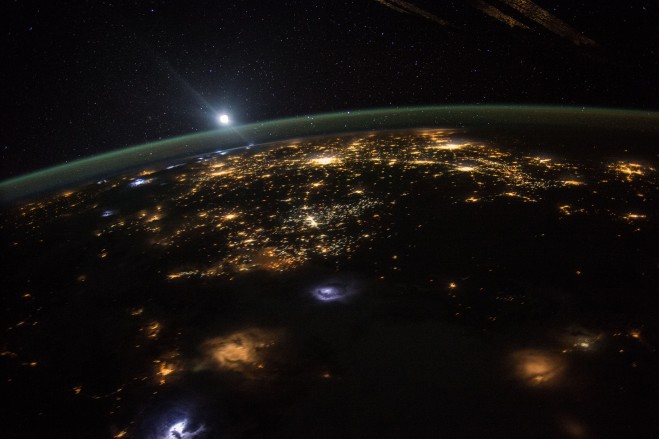 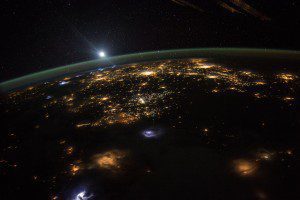 NASA astronaut Scott Kelly, currently on a year-long mission on the International Space Station, took this photograph of a sunrise and posted it to social media on Aug. 10, 2015. Kelly wrote, “#GoodMorning to those in the western #USA. Looks like there’s a lot going on down there. #YearInSpace”

The space station and its crew orbit Earth from an altitude of 220 miles, traveling at a speed of approximately 17,500 miles per hour. Because the station completes each trip around the globe in about 92 minutes, the crew experiences 16 sunrises and sunsets each day.