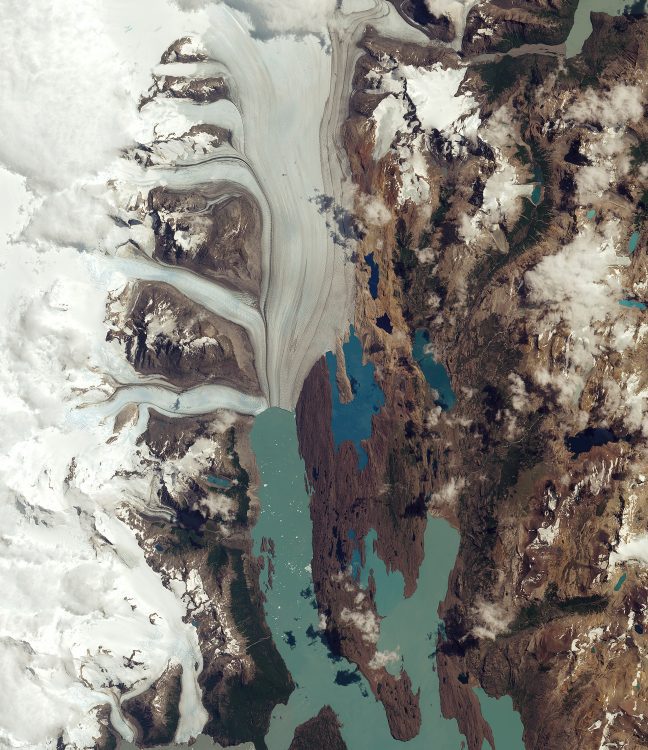 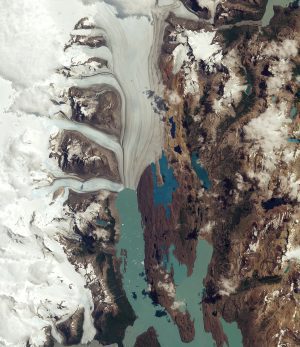 In this Sentinel-2A image of the Upsala Glacier, darker lines following the flow of the glacier are moraines: accumulations of rock, soil and other debris—including glacial milk—deposited by the glacier. (Credit: Contains modified Copernicus Sentinel data (2016), processed by ESA)

Many glaciers in the park and in the wider Patagonian Ice Field have been retreating during the last 50 years due to rising temperatures. Upsala Glacier, for example, has retreated more than 3 kilometers in the last 15 years. Satellite data can help monitor changes in glacier mass and their resulting contribution to rising sea levels.

Icebergs have broken off from Upsala Glacier and are floating in Lake Argentino. The lake’s unique color is attributed to “glacier milk,” which is suspended fine sediment produced by glaciers rubbing against rock.