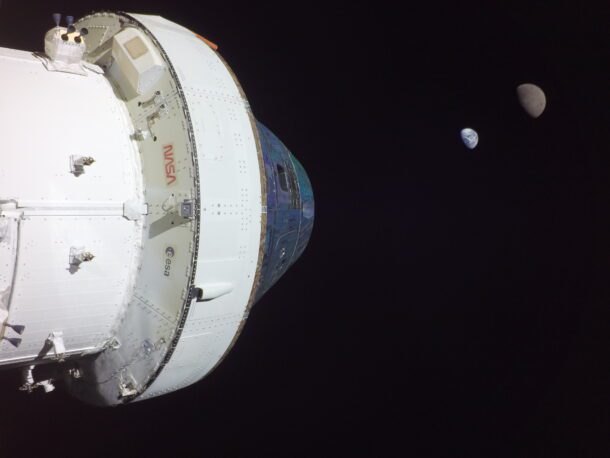 NASA's uncrewed Orion spacecraft reached a maximum distance of nearly 270,000 miles from Earth during the Artemis I flight test before beginning its journey back toward Earth. Orion captured imagery of the Earth and Moon together from its distant lunar orbit, including this image on Nov. 28, 2022, taken from a camera on one of the spacecraft's solar array wings. Seen from the spacecraft, our planet had just passed behind the Moon when this photo was taken, as Orion was in lunar orbit.

This picture was presented to French President Emmanuel Macron during his visit to NASA's headquarters in Washington D.C., on Nov. 30. 2022.