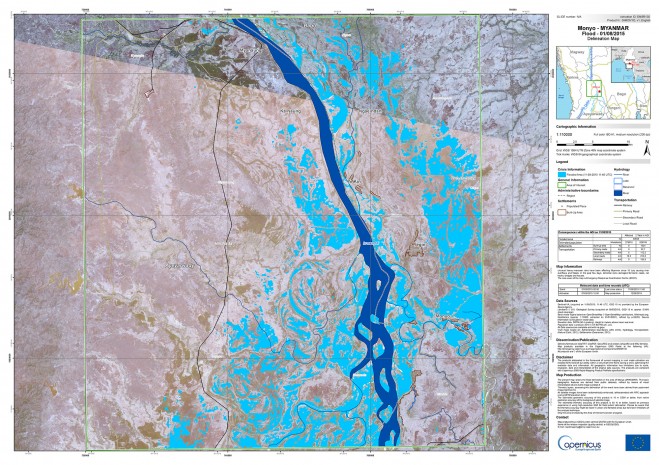 Since mid-July 2015, more than 1 million people have been severely affected by monsoon floods and landslides in Myanmar.

Sentinel-1A’s radar scanned the disaster area on Aug. 11, 2015, as a result of an emergency activation opened by the Copernicus Emergency Management Service to the Rapid Emergency Activation for Copernicus Tasking service, managed by the European Space Agency. These images were compared to others captured by Landsat-8 on March 5, 2015.

More than 278,100 hectares of farmland have been damaged throughout the entire country, and special equipment and seeds are needed for farmers to replant.

Although the water has receded in some areas, many roads and bridges were destroyed in the worst-affected states and regions. Transportation remains a challenge for continuing assessments and delivering assistance.