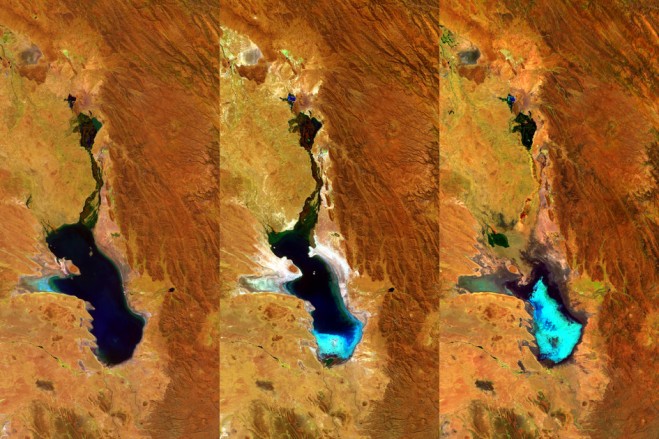 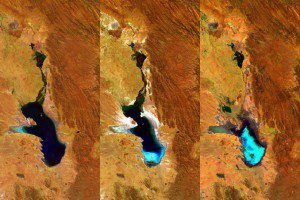 The European Space Agency (ESA) Proba-V minisatellite recorded the drying up of Lake Poopó, the second-largest lake in Bolivia. The saline lake in the Altiplano mountains previously occupied an area of more than 3,000 square kilometers, but was declared fully evaporated in December 2015.

The shallow lake, with an average depth of just three meters, coupled with its arid highland surroundings, is very sensitive to fluctuations in climate. In fact, it has evaporated several times previously—the last time in 1994—but scientists fear that refilling might take many years, if it occurs at all.

Launched on May 7, 2013, Proba-V is a miniaturized ESA satellite tasked to map land cover and vegetation growth across the entire planet every two days.