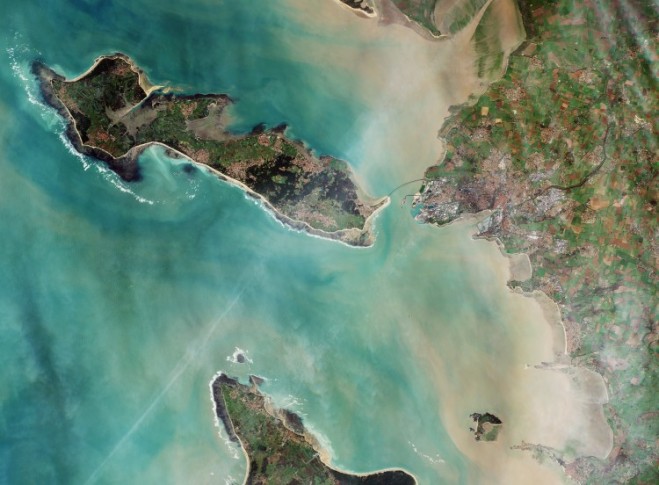 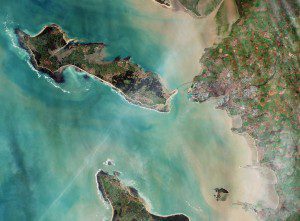 ESA’s Sentinel-2A satellite captured this image of western France on Dec. 26, 2015. The coastal area is dominated by sandy beaches, which are visible as white lines somewhat inland. Between the beach and waterline, darker sand and silt layers are visible. (Credit: Copernicus Sentinel data (2015)/ESA)

With approximately 80,000 inhabitants, La Rochelle, France, is a city and seaport on the Atlantic Ocean’s Bay of Biscay, connected to the Île de Ré by a 2.9-kilometer bridge that’s visible in the center of this image captured by the European Space Agency (ESA) Sentinel-2A satellite.

The area’s four- to five-meter tidal range creates an ideal environment for wild mussels and oysters, making it one of the major locations for shell farming in Europe. Also visible just north of the city is the La Rochelle-Ile de Ré airport.

In addition, part of the Natural Reserve of the Bay of Aiguillon is visible at top right, which is one of the most important reserves in France, hosting hundreds of thousands of migratory waterbirds every year.