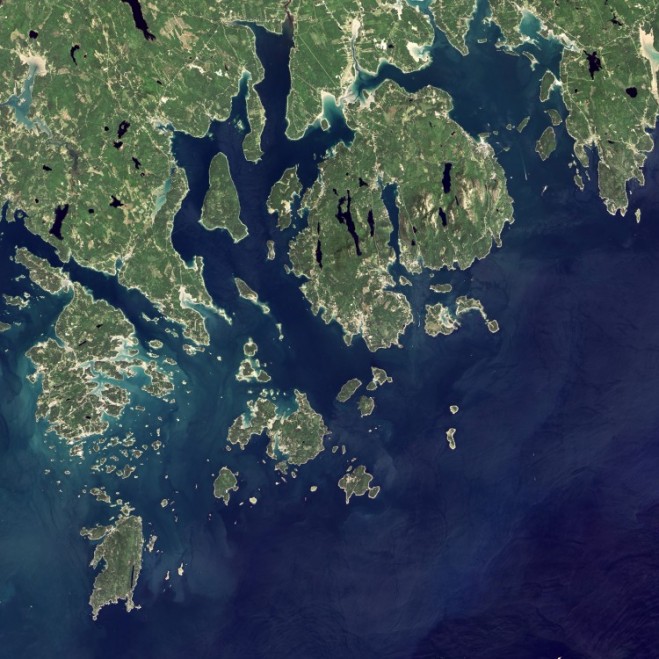 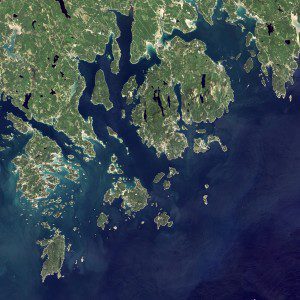 On Sept. 6, 2015, the OLI on the Landsat 8 satellite acquired these images of Acadia National Park and its surroundings. (Credit: NASA Earth Observatory image by Jesse Allen, using Landsat data from the U.S. Geological Survey)

Acadia National Park, one of the most visited parks in America with more than 2.5 million visitors per year, is celebrating its 100th anniversary in 2016. An image from the Operational Land Imager (OLI) on the Landsat 8 satellite shows the mountains and hills rolling up to the Atlantic Ocean in a rocky landscape carved by glaciers at the end of the last Ice Age.

Since the beginning of the 20th Century, the park has been pieced together by donations and acquisitions of once-private lands, and it’s still growing. Of the park’s 47,000 acres, more than 12,000 are privately owned lands under conservation agreements, while the rest are held by the National Park Service.

Mount Desert Island, the park’s focal point, is the largest island in Maine and the second largest on the East Coast. “It looks like a big lobster claw,” said Lynne Dominy, chief park ranger for interpretation at Acadia. “It's both ironic and iconic, as we are surrounded by lobsters living in the Gulf of Maine.”