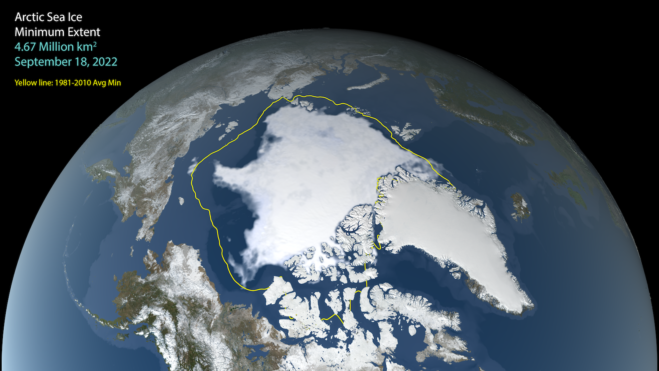 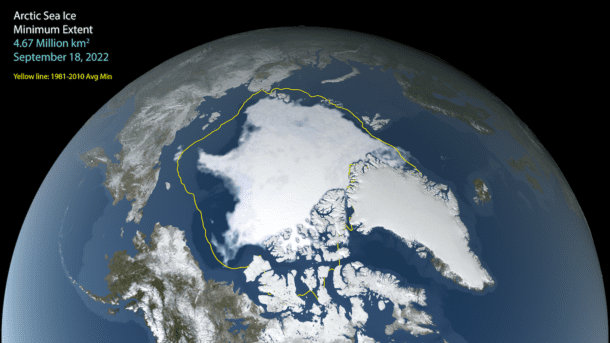 Summer ice extent in and around the Arctic Ocean has declined significantly since satellites began measuring it consistently in 1978. The last 16 years (2007 to 2022) have been the lowest 16 minimum extents, with 2022 tying 2017 and 2018 for 10th-lowest in 44 years of observations. The satellite record is maintained by the National Snow and Ice Data Center (NSIDC), which hosts one of NASA’s Distributed Active Archive Centers.