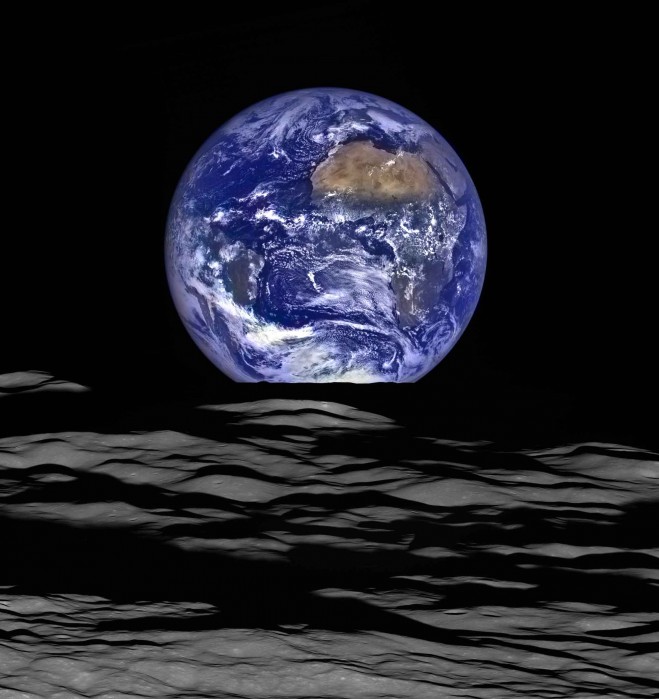 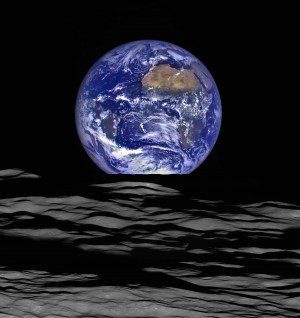 Near the 47th anniversary of the iconic “Earthrise” image captured by Apollo 8 astronauts while they orbited the Moon on Dec. 24, 1968, the modern Lunar Reconnaissance Orbiter Camera (LROC) broadcast new images that show a similar scene, with the Moon in the foreground and the distant Earth in the background.

When it was acquiring the new Earthrise images, the LROC was about 83 miles (134 kilometers) above Compton crater on the Moon’s far side. The large tan area in the upper right is the Sahara Desert and Saudi Arabia. The Atlantic coast of South America is visible to the west.

Although the LRO spacecraft experiences 12 Earthrises every day, the spacecraft is usually focused on the lunar surface. When LROC captured this view, the camera was pointed off into space to make observations of the lunar atmosphere and perform instrument calibration.