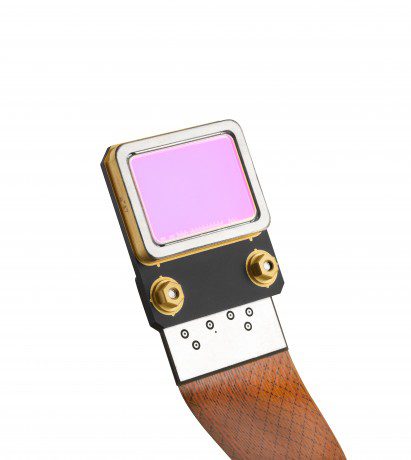 Sofradir has had an active role in space missions for Earth observation, scientific exploration and weather since 1994. It is the only European infrared (IR) manufacturer to have its detectors deployed in space, with proven performance, robustness and reliability.

We develop and manufacture IR detectors that are embarked on different satellites and different science missions for universe exploration and Earth observation, says Philippe Chorier, director of space activities at Sofradir. We manufacture IR detectors based on four different technologies: mercury, cadmium, telluride (MCT); indium antimonide (InSb); indium gallium arsenide (InGaAs); and the quantum-well infrared photo detector (QWIP). We manufacture detectors with these four technologies to three main markets: tactical applications for military; the space market, which I'm in charge of; and the civil market, which is relatively small compared to the other two markets.

Of these four detectors, MCT technology is most used for Earth observation from space, as it can be adapted and configured to different applications in the shortwave range between 0.9-2.5 microns to deliver shortwave infrared (SWIR) observations.

Two types of satellites have been developed to deploy this type of sensor for Earth observation. The first is a linear detector, such as the European Space Agency's Sentinel-2A mission, where 24 Sofradir sensors are aligned in a linear array to collect infrared images of Earth. The second is for hyperspectral imaging, where sensors observe given spectral bands and sub-bands. With more than 100 spectral sub-bands shared, the detectors offer hyperspectral imaging capacity. 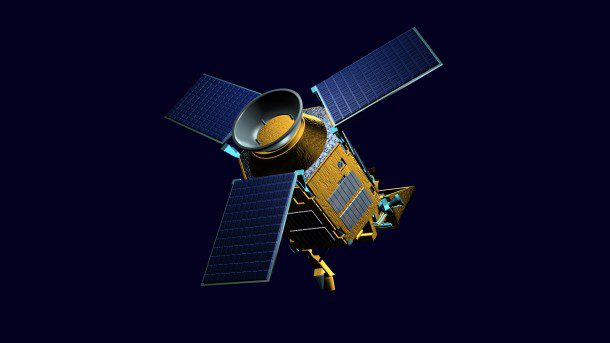 Sofradir's first space-focused IR detector, Saturn, was specifically developed for Earth imaging and spectrometry applications in the late 1990s. This detector captures 1,000 pixels in the swath direction by 256 pixels in the spectral direction, giving it the capacity to share the spectral range from 0.9-2.5 microns across 256 different sub-channels of spectral bands.

The company now has a Next-Generation Panchromatic (NGP) detector: a larger detector with a larger format that fits the same application requirements. This newest detector, released in 2012, captures 1,000 pixels in the swath direction by 1,000 pixels in the spectral direction, thereby increasing the capacity for hyperspectral missions.

We have also increased the format of the detector with an aperture that is less demanding than Saturn, because the pixel pitch has been reduced by two (from 30 microns to 15 microns), says Chorier. This technology breakthrough helps adapt the detector to system requirements by reducing the mechanical, thermal and electrical constraints required by the detector operation.

The MCT detector technology needs to be cooled at low temperatures to operate correctly with good sensitivity. This requires resources from the satellite's system in terms of energy to keep the detector at the proper temperature.

The challenge for us is to have technology with the highest operating temperature while maintaining performance, and have the smallest volume possible, adds Chorier. 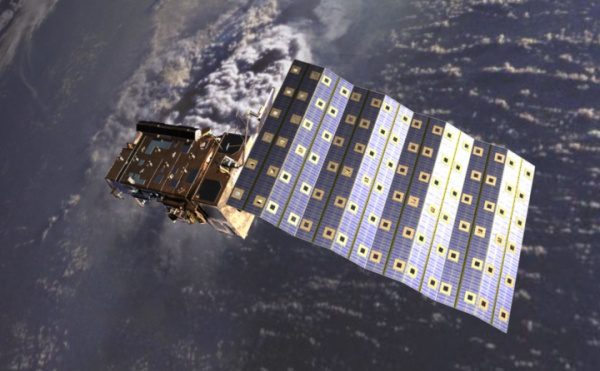 The Sentinel-5/UVNS instrument is a spectrometer for ultraviolet, visible near-infrared and SWIR domains.

With NGP, the company worked on a research and technology program for the European Space Agency to develop the new NGP sensor for VISIR, SWIR and MWIR wavebands. The NGP's retina design enlarges the array size to 1,024 by 1,024 to provide more spectral channels, reduces the pixel size to 15 by 15 microns, extends the spectral response into visible range down to ultraviolet, provides a low-noise and low-consumption Readout Integrated Circuit (ROIC), and has good electro-optical performance.

The NGP is a staring array not designed for linear imaging. It's adapted to hyperspectral imaging or spectrometry imaging of the atmosphere.

NGP is being used in the Prisma detector, an Italian satellite that is making Earth imaging in shortwave bands, adds Chorier. This detector is also used in the TROPOMI mission in spectrometry and the Sentinel-5 precursor satellite.

The Hyperspectral Imager Suite is a future spaceborne instrument being developed by the Japanese Ministry of Economy, Trade and Industry, and it consists of hyperspectral and multispectral imagers.

The NGP also is being used within ESA's Cosmic Vision Program, JUICE (Jupiter Icy Moons Explorer). The mission will explore Jupiter's atmosphere and magnetosphere as well as characterize the icy moons Ganymede, Europa and Calisto. The visible and near-infrared spectrometer MAJIS (Moons And Jupiter Imaging Spectrometer) was selected in February 2013. The mission is in planning, but it's scheduled to launch in 2022 and reach Jupiter in 2030.

Performance parameters for the Read-out Integrated Circuit (ROIC) of the NGP detector: