Unmanned Aircraft System (UAS) manufacturer senseFly was the first to bring RTK survey-grade mapping to a UAS platform with its fixed-wing senseFly eBee RTK in June 2014. This platform is capable of three-centimeter accuracy without the need for ground-control points, which aids efficiency for precision-mapping efforts. 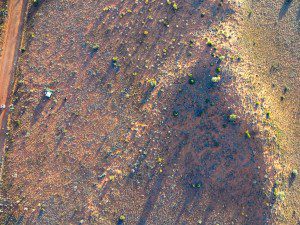 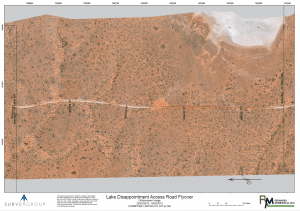 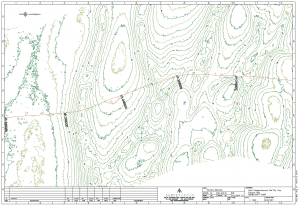 A project image (top) has a GSD of 5 centimeters per pixel. When combined, these images provide the orthomosaic of a section (middle), and further processing returns a contour map (bottom).

“I am a surveying engineer and have worked in a number of different fields,” says Andrea Halter, co-founder of senseFly. “When I saw this technology, it came straight to my mind that we should use it for surveying and do maps and 3D models.”

senseFly’s eMotion software provides the means to plan and control each mission. After importing a preferred base map, users define the area to cover as well as enter ground-resolution requirements (down to 1.5 centimeters) and desired image overlap. The software generates a proposed flight plan with simulated wind strength and direction for improved mission planning.

The eBee RTK offers flexibility, with three ways of working:

“The automation is key,” adds Halter. “With eBee, you just shake it three times, you throw it in the air, it does the job and comes back and lands, and you are finished. Then you start the data analysis, which is the added value for the surveying professional.”

A recent mapping mission in Australia put the eBee RTK to the test in a remote region of the Australian outback with a 250-kilometer roadway-mapping project conducted with two teams and two eBee RTK aircraft. The project was 1,700 kilometers north of Perth in a sandy desert area, with the nearest town 300 kilometers away. 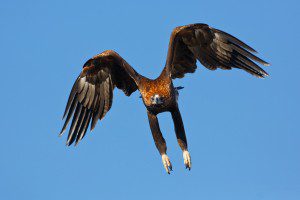 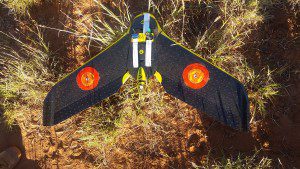 “We could have done the project with a conventional eBee without RTK to the same accuracy,” says Ben Simpson, managing director of Survey Group. “However, we would have to install a lot more ground-control points that would have taken an extra week of resources. We used three existing survey control stations that are part of the Australian network along with a Trimble GPS RTK base station. We defined the new control and transmitted real-time coordinates to the eBee RTK for accurate collection.”

The control allowed them to cover a lot more ground while maintaining the same image quality, 3D accuracy and point ground resolution.

“We had two teams: a pilot and spotter on each team,” adds Simpson. “Each team would start out 50 kilometers from our base camp doing 15-kilometer sections at a time. A pilot would be flying and looking at the screen for all the telemetry and RTK fix, and the spotter would be viewing the sky the whole time to look out for wildlife and aggressive Wedge-tailed eagles.”

The eBee RTK has proven to be a game-changer for Survey Group’s business, allowing the small firm to compete with larger firms that have manned aircraft. 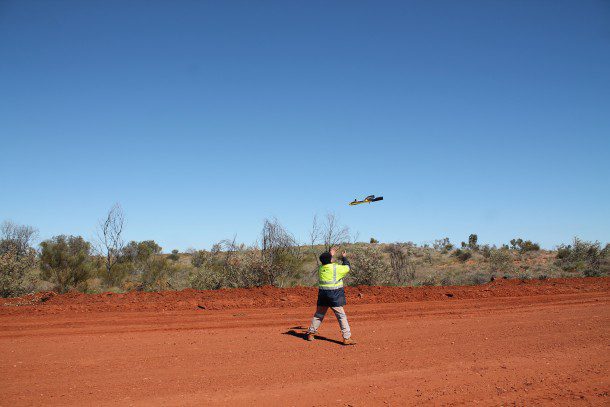 The Survey Group team took to catching the eBee RTK in the air to cut down on dust that began to impede operations.

“We promote it in the context of conventional survey work, and promising less man hours on the ground,” says Simpson. “Because of chargeable rates, for the same man hours in the field, we can provide both imagery and survey points. People love having images as opposed to just a survey plan.”

senseFly recently announced its Drone Connector program, which connects customers who can fly legally with those interested in obtaining drone-derived data. With more than 750 professionals in the network to date, this provides an appealing alternative to “contract as a service” or to test the quality and accuracy of the imagery for the set purpose before making a purchase decision.

senseFly recently added a rotary aircraft to its offerings, and the combination could prove useful for a number of applications.

“There can be projects where both the eBee and eXom can work very well together,” notes Halter. “For instance, for a power dam project, you can fly a fixed wing over the whole area, and it’s quick to map, and then with the rotary you would do a vertical flight on the dam to get high-resolution results.”