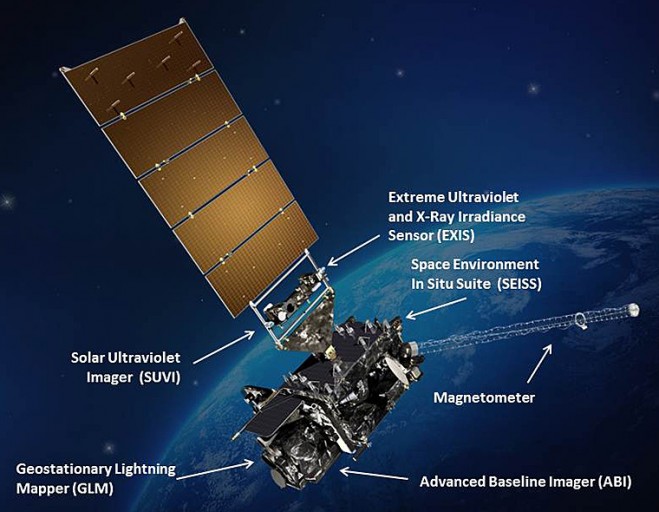 The six sensors of GOES-R are labeled in this rendering. (Credit: NASA)

Planned for launch on Oct. 13, 2016, the Geostationary Operational Environmental Satellite-R Series (GOES-R or GOES-16 as it will be known once operational), is the first of a new generation of geostationary weather satellites that will include GOES-S, T and U.

The GOES-R series is a collaborative development and acquisition effort between the National Oceanic and Atmospheric Administration (NOAA) and NASA. Lockheed Martin Space Systems designed the spacecraft and is responsible for assembly, test and launch operations as well as mission operations.

The GOES-R satellite will provide continuous imagery and atmospheric measurements of Earth’s Western Hemisphere as well as space-weather monitoring. It will be the primary tool for the detection and tracking of hurricanes and severe weather, and provide new and improved applications and products for fulfilling NOAA’s goals of Water and Weather, Climate, Commerce and Ecosystem. 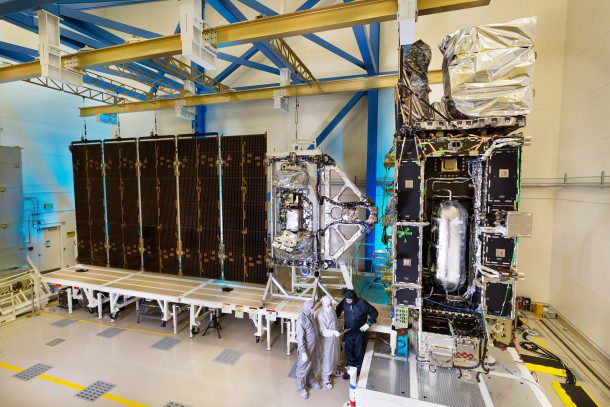 The GOES satellites will provide significant enhancements for weather forecasters at NOAA’s National Weather Service, giving them the ability to observe the Western Hemisphere in near real time. GOES-R will offer three-times more spectral channels, four-times better resolution and provide five-times faster scans of Earth over the current GOES satellites: GOES-13 operating as GOES-East in the eastern part of the constellation and GOES-15 operating as GOES-West. (For a complete listing of the improvements in GOES-R over existing GOES satellites, visit www.goes-r.gov/mission/improvements.html.)

“For decades, geostationary satellites such as the GOES series have been the primary tool to monitor severe weather like storms and hurricanes in real time,” notes Fuqing Zhang, professor of meteorology and director of Penn State’s Center for Advanced Data Assimilation and Predictability Techniques. “They have helped people see what’s going on in the present, but, until now, we as a community have not been able to tap into these resources to guide us to predict future severe weather.”

GOES-R will make available 34 meteorological, solar and space-weather products. An additional 31 products may be made available as future capabilities for the GOES-R series. Visit www.goes-r.gov/products/overview.html for a complete listing.

The diversity of the potential GOES-R user community is reflected in the wide variety and applications of GOES-R data and products. Larger institutional users can exploit the increases in spectral, temporal and spatial resolution, and assimilate radiances for use in prediction models, increasing the timeliness and accuracy of forecast products. Smaller public- and private-sector users will be able to obtain GOES-R data through their own Earth stations or via terrestrial network distribution.

“Geostationary satellites are there all the time, which makes them ideal for capturing the initial and evolving states of hurricanes, including the crucial information in the cloudy region of the storm,” adds Zhang. “Using satellite data more effectively could potentially revolutionize hurricane monitoring and prediction for many years.”

The GOES-R series, with an operational lifetime through December 2036, will maintain the two-satellite system implemented by the current GOES series. Learn more at www.goes-r.gov.

The Six Sensors of GOES-R 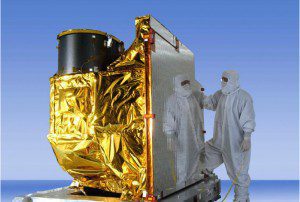 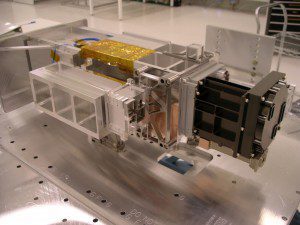 The Extreme Ultraviolet and X-ray Irradiance Sensors (EXIS) are essential to understanding and monitoring solar irradiance in the upper atmosphere. EXIS is designed to detect solar flares that could interrupt communications and reduce navigational accuracy, affecting satellites, high-altitude airlines and power grids on Earth. 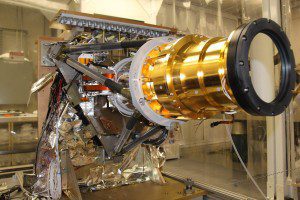 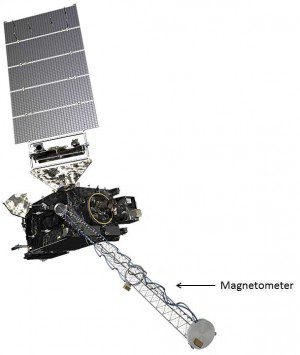 The Magnetometer will provide measurements of the space-environment magnetic field that controls charged-particle dynamics in the outer region of the magnetosphere. The geomagnetic field measurements are important for providing alerts and warnings to many customers, including satellite operators and power utilities. 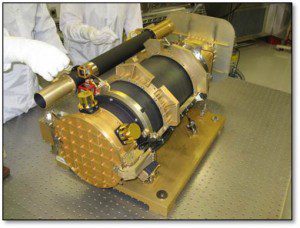 The Solar Ultraviolet Imager (SUVI) is a telescope designed and built by Lockheed Martin, which monitors the sun in the extreme ultraviolet wavelength range. SUVI will observe and characterize complex active regions of the sun, solar flares and the eruptions of solar filaments that may give rise to coronal mass ejections. 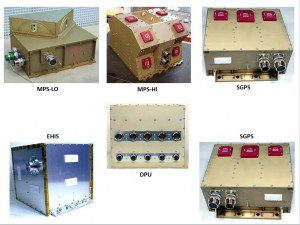